The Bible does not say if Paul was married once. But there are few hints that may point to that. According to Acts 26:10, Paul voted against the saints, which some have interpreted to mean that he was a member of the Sanhedrin. And it is a fact that members of that body were required to be married (Talmud Sanhedrin 36b, Soncino ed., vol. 1, p. 229). Furthermore, it is most natural to assume that Paul, as a strict Pharisee, would not have neglected what the Jews regarded as a sacred obligation, namely marriage (Mishnah Yebamoth 6. 6, Soncino ed. of the Talmud, vol. 1, p. 411).

And Paul himself testified to the fact that he was a strict adherent to the laws “I was advancing in Judaism beyond many Jews of my own age and was extremely zealous for the traditions of my fathers” (Galatians 1:14). Also, his detailed counsel to the married people suggests a close familiarity with problems that take place within marriage.

For these reasons, some believe that sometime before the writing of the First Epistle to the Corinthians, Paul was married and maybe his wife passed away. It is very clear that at the time when Paul wrote his letters, he was not married. For he specifically wrote, “Now to the unmarried and the widows I say: It is good for them to stay unmarried, as I am. But if they cannot control themselves, they should marry, for it is better to marry than to burn with passion” (1 Corinthians 7:8-9). But, that Paul was previously married cannot be proven conclusively. 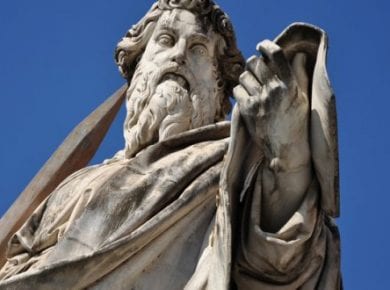 Accusation Paul tried to Avoid Paul tried to avoid the accusation of wearing a “cloke of covetousness” (1 Thessalonians 2:5). He declared, “we have cheated no one” (2 Corinthians 7:2…
View Answer 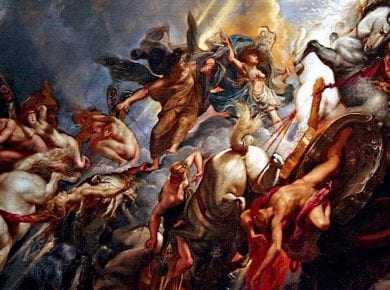 Table of Contents DatingDiscoveryContentNot part of the Bible The Apocalypse of Peter (or Revelation of Peter) is an early Christian text. It is an apocalyptic literature with Hellenistic and Greek…
View Answer