You probably all heard about the Virgin ‘miracle’ tree in New Jersey. Devout Catholics in a crime-ridden New Jersey town are visiting what they say is the miraculous apparition of the Virgin Mary’s image in a tree trunk.

Should we give our adoration to Mary?

The Bible teaches that Mary the mother of Jesus was “highly favored” (Luke 1:28). Mary was a righteous woman and favored (graced) by God but at the same time, Mary was a sinful human being who needed Jesus Christ as her Savior, just like everyone else (Ecclesiastes 7:20; Romans 3:23; 6:23; 1 John 1:8). And Mary recognized that she needed the Savior and she declared in Luke 1:47, “. . . and my spirit rejoices in God my Savior. . .”

There is no mention in the Bible that Mary had an “immaculate conception.” Mary was a virgin when she gave birth to Jesus (Luke 1:34-38), but the idea of the perpetual virginity of Mary is also un-biblical. Matthew 1:25, speaking of Joseph, declares, “But he had no union with her until she gave birth to a son. And he gave Him the name Jesus.” The word “until” clearly shows that Joseph and Mary did have sexual union after Jesus was born.

In fact, Joseph and Mary had several children together after Jesus was born. Jesus had four half-brothers: James, Joseph, Simon, and Judas (Matthew 13:55). Jesus also had half-sisters, but they are not named or numbered (Matthew 13:55-56).

Once when Jesus was preaching, a woman in the crowd shouted, “Blessed is the womb that bore You and the breasts at which You nursed” (Luke 11:27). But Jesus answered, “On the contrary, blessed are those who hear the word of God and observe it” (Luke 11:28). Obedience to God’s Word was more important to the Lord than being the woman who gave birth to the Jesus.

Further, when Elizabeth, Mary’s relative, praised Mary in Luke 1:42-44, her praise was based on the blessing of giving birth to the Messiah. It was not based on any inherent merit in Mary.

Mary was present at the cross when Jesus died (John 19:25) and she was also with the apostles on the day of Pentecost (Acts 1:14). However, Mary is never mentioned again after Acts chapter 1. The apostles did not give Mary a major role in the early church. Mary’s death and ascension to heaven is not recorded in the Bible.

The Bible teaches that only Jesus is our advocate and mediator in heaven (1 Timothy 2:5). If Mary is alive today she would say the same as the angels: “Worship God!” (Revelation 19:10; 22:9.) Mary herself sets the example for us, directing her worship to God alone: “My soul glorifies the Lord and my spirit rejoices in God my Savior, for He has been mindful of the humble state of His servant. From now on all generations will call me blessed, for the Mighty One has done great things for me — holy is His name” (Luke 1:46-49).

The Bible teaches that Mary the mother of Jesus should be respected, but she is not worthy of our worship or adoration. Humans are consumed in their man- made traditions. Paul says “For the wrath of God is revealed from heaven against all ungodliness… (those who) worshiped and served the creature more than the Creator” Romans 1:18, 25. 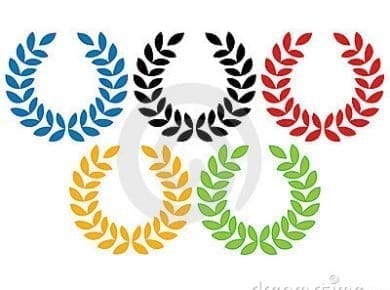 The 2012 summer Olympics started this past weekend, and for the first time I can remember, I sat down with a group of friends and started watching the swimming. I’ve…
View Post 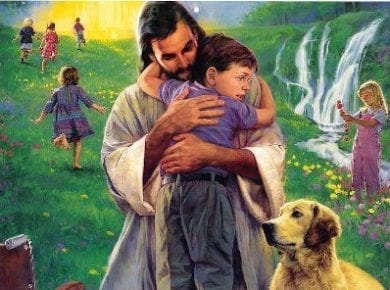 That’s right YOUR Heavenly Father. You have a Father in heaven. He happened to be the most powerful person in the universe. In fact, He created the whole universe. He…
View Post