That the unborn is human is a scientific fact that was agreed upon by many medical professionals. In October 1967 in Washington D C, medical doctors, biological scientists and authorities in the fields of law, ethics and the social sciences gathered together to settle the matter. This was the First International Conference on Abortion. The first major question considered was this: “When does human life begin?”

Here was the decision of this group:

“The majority of our group could find no point in time between the union of sperm and egg, or at least the blastocyst stage [shortly after fertilization, when twinning might occur] and the birth of the infant at which point we could say that this was not a human life. The changes occurring between implantation, a six-weeks embryo, a six months fetus, a one week-old child, or a mature adult are merely stages of development and maturation.”—First International Conference on Abortion, Washington B.C., October 1967.

These scientists decided by a vote of 19 to 1 that the unborn child is a human being,

Here is some of the information that these distinguished scientists used in arriving at their decision:

When the 23 chromosomes from the sperm unite with the 23 chromosomes from the ovum, a new being comes into existence. It is a unique human being (even if it was unborn), for none like it ever existed before, and none quite like it will ever exist again. It is a real person. Genetically, it is totally different from the body of the father or the mother. Organically, it is independent, programmed from within, growing in an orderly manner, moving toward further maturity.

Although needing the protective environment of his mother’s body, this living being is completely independent in its functions from the very beginning of his or her life, and at only ten days of age takes over complete physiologic control of certain functions within the mother’s body. One example of this is that the unborn child stops his or her mother’s menstrual periods.

The fertilized ovum is not the blueprint of the house; it is the house, though in miniature. All that is needed is time for it to grow. All the parts of the house are already there.

At the dawn of life that new unborn being is completely intact and contains within himself or herself the totality of everything that he will ever be; a being moving forward in an orderly process of growth and maturation; a being destined to live within the mother for 8 1/2 months, and for sixty to ninety years thereafter.

The child is no different before birth than after, except that he has changed his method of feeding and obtaining oxygen. When an adult is sick and taken to the hospital, he may have to receive his food and oxygen through tubes as the unborn child did. But while he is in the hospital, he is still human.

There is more growth in the first part of life than in the last part of it. The human body has completed 90% of his or her growth at the time of birth. only 10% occurs between birth and adulthood. None after that. We cannot say that growth is a sign of inhumanity, for then all those below the age of 18 to 20 would be inhuman. 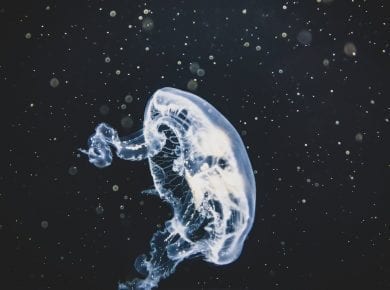 Some rare animals live longer than humans because of their ability to reproduce new cells to replace the old ones. An example of that is immortal jellyfish. This water creature…
View Answer