Jesus gave reference to certain individuals that will face death three times in the following verses:

“And the high priest answered and said to Him, “I put You under oath by the living God: Tell us if You are the Christ, the Son of God!” Jesus saith unto him, thou hast said: nevertheless, I say unto you, hereafter shall ye see the Son of man sitting on the right hand of power, and coming in the clouds of heaven” (Matthew 26:63-64).

“And again another scripture saith, they shall look on him whom they pierced” (John 19:37).

“Behold, he cometh with clouds; and every eye shall see him, and they also which pierced him: and all kindreds of the earth shall wail because of him. Even so, Amen” (Revelation 1:7).

The actions of the wicked that pierced Jesus were also predicted in the Old Testament in Psalm 22:16-18 and Zechariah 12:10.

The wicked that were involved in the death of Christ and those that pierced Him will receive a special resurrection at the second coming of the Lord when He arrives as King of kings and Lord of lords. When they see the Lord coming in glory and honor, they will realize the magnitude of their awful sin and mourn. At that time, they will be destroyed by the glory of God, but will be resurrected again with the rest of the wicked to face their eternal death or the second death. 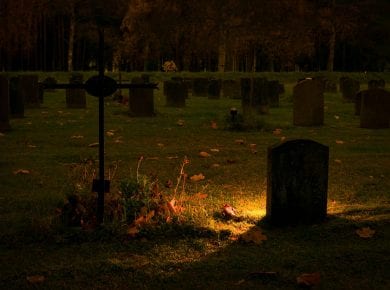 This page is also available in: हिन्दी (Hindi)Death a state of sleep Millions believe that after a person dies the soul possesses a natural immortality but not even one time…
View Answer

This page is also available in: हिन्दी (Hindi)The Bible reveals that human beings have not yet ascended into heaven (John 3:13) as a general rule that applies to collective humanity. But…
View Answer