The true meaning of Rapture is “to be carried away with power,” and it is true that when Jesus comes the living righteous will be caught up to meet the Lord in the air (1 Thessalonians 4:17). But many have come to believe that this rapture will take place quietly – that faithful Christians around the world will suddenly disappear and that life here on earth will continue for a seven-year period of tribulation. During this time, many will have a “second chance” at salvation before Christ’s final coming.

Although the secret rapture scenario may seem soothing, there is no scriptural support for it. The Bible plainly teaches that when Jesus comes again, every one of our senses will see the evidence. Let’s examine the scriptures:

His Coming Will Be Literal

“And when he had spoken these things, while they beheld, he was taken up; and a cloud received him out of their sight. And while they looked stedfastly toward heaven as he went up, behold, two men stood by them in white apparel; Which also said, Ye men of Galilee, why stand ye gazing up into heaven? this same Jesus, which is taken up from you into heaven, shall so come in like manner as ye have seen him go into heaven” (Acts 1:9-11)

His Coming Will Be Visible

“Behold, he cometh with clouds; and every eye shall see him” (Revelation 1:7).

His Coming Will Be Audible

“For the Lord himself shall descend from heaven with a shout, with the voice of the archangel, and with the trump of God: and the dead in Christ shall rise first: Then we which are alive and remain shall be caught up together with them in the clouds, to meet the Lord in the air: and so shall we ever be with the Lord” (1 Thessalonians 4:16, 17).

As you can see from the preceding scripture, Christ’s second coming will be loud!

His Coming Will Be Emotional

“Men’s hearts failing them for fear, and for looking after those things which are coming on the earth: for the powers of heaven shall be shaken. And then shall they see the Son of man coming in a cloud with power and great glory” (Luke 21:26, 27).

His Coming Will Open the Graves

“And this is the will of him that sent me, that every one which seeth the Son, and believeth on him, may have everlasting life: and I will raise him up at the last day” (John 6:40).

“For the Lord himself shall descend from heaven with a shout, with the voice of the archangel, and with the trump of God: and the dead in Christ shall rise first: Then we which are alive and remain shall be caught up together with them in the clouds, to meet the Lord in the air: and so shall we ever be with the Lord” (1 Thessalonians 4:16, 17).

This is the Bible’s description of the rapture. The dead in Christ will rise by His power and will meet Him in the air. Afterward the faithful who are still alive will also be caught up. It will not be a secret!

His Coming Will Destroy the Earth

“And there were voices, and thunders, and lightnings; and there was a great earthquake, such as was not since men were upon the earth, so mighty an earthquake, and so great. And the great city was divided into three parts, and the cities of the nations fell: and great Babylon came in remembrance before God to give unto her the cup of the wine of the fierceness of his wrath. And every island fled away, and the mountains were not found” (Revelation 16:18-20).

This world will be uninhabitable by people after Christ comes. His coming will shake the very foundations of the earth.

His Coming Will Mean Final Judgment

“For the Son of man shall come in the glory of his Father with his angels; and then he shall reward every man according to his works” (Matthew 16:27).

It is at Christ’s return that we will receive our final reward. Each person’s decision will have already been made; there will be no second chance to convert.

From these verses it can be concluded that the rapture will not be a secret event. 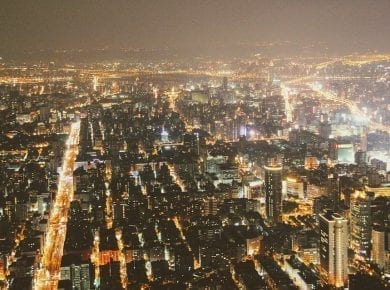 This answer is also available in: العربية हिन्दीQuestion: Does Revelation 3:10 prove that the righteous will not go through the end time tribulation? Answer: “Because thou hast kept the word…
View Answer 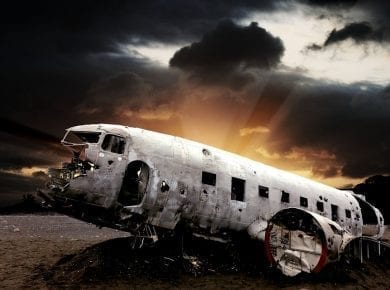 This answer is also available in: العربية हिन्दीThere three major views on the topic of the rapture: Pre-Tribulation Rapture: this view teaches a secret rapture of God’s people will occur…
View Answer