This week another sad story hit the news – the death of someone’s son. Sylvester Stallone’ son died on July 13, 2012. We were all touched by Stallone’s grievance over his dead son, feeling with his words:

“When a parent loses a child there is no greater pain … This agonizing loss will be felt for the rest of our lives… Sage was our first child and the center of our universe.”

Sage was best known in his role as Rocky Jr in the 1990 film Rocky V. I am a parent and understand his pain.  It’s something that comes with parenting. It’s part of our genetic make up. Why did God put it there? Maybe because it is part of who He is, and we were made in His image.

I thought of God our heavenly Father who had only one Son. In this vast universe, there was no one but Jesus who was able to communicate freely with the Father. All the other creatures were only created beings. Since the beginning, the Father and the Son’s eternal love grew as they existed side by side. Since the beginning, they have been together planning and working for the happiness of the created worlds.

Yet, there was another great reason for the Father’s love for His Son: “Therefore doth my Father love me, because I lay down my life” (John 10:17). Jesus had a self sacrificing nature.

When sinned entered our planet, imagine the agony in the Father’s heart as He set the Plan of Salvation to redeem mankind (Titus 1:2).

What pain the Father had when He watched His Son the Creator of the countless galaxies to be born for poor helpless earthlings (Luke 2:7).

What pain the Father had to watch His Son being tempted by the devil after fasting 40 days and nearing death (Luke 4:1-13).

What Pain the Father had when Jesus prayed with blood sweat on His forehead before the crucifixion, “O my Father, if it be possible, let this cup pass from me: nevertheless not as I will, but as thou wilt.” (Matthew 26:39).

What pain the Father had to watch His innocent Son being tortured and crucified with nails piercing His hands and feet hanging on a cross among sinners (Luke 23).

What pain the Father had when Jesus cried, while hanging on the Cross, with utter agony, “My God, my God, why hast thou forsaken me?” (Mark 15:24).

“For God so loved the world, that he gave his only begotten Son, that whosoever believeth in him should not perish, but have everlasting life.” John 3:16

You might not understand God’s infinite love for you, but just know … You are so loved! 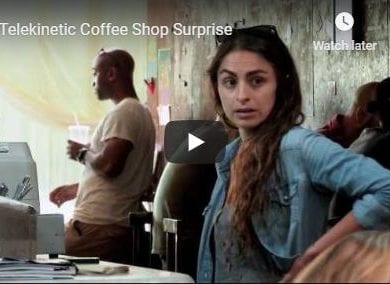 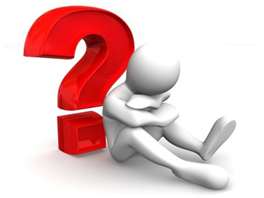 Why do I have to suffer? This is the question that every person on this planet has asked. If God is all loving and all powerful why does He allow…
View Answer