The reformation occurred as a result of God’s light that cannot be hidden. God had not suffered for His word to be wholly destroyed! The Waldenses were willing to accept the light at any cost to themselves. Though they were not able to clearly see where they were stepping, they had faith in God, and they relied on Him. The time of darkness had to be overwhelmed. The Bible were not accessible, the word of God has been hidden by the papacy. Came a time when the pope even proclaimed to be God on earth. The pope has been given the title of Deity. It is Pope Gregory VII who proclaimed the perfection of the Roman Church. They forgot that they fear of the Lord is the beginning of wisdom. The leaders at that time tried to incorporate into people’s mind that if they acknowledge the supremacy of the pope, adoring the saints, and making gifts to the monks, it was enough to secure them a place in heaven.

Innocent people have been tortured and murdered for their faith in God and their strong desire to know and share the word of God.

Before starting to write this article, I was asking myself “who are the reformers?” Well, John Wycliffe, Martin Luther, John Calvin came into my mind. But we cannot forget those who were behind the curtain to help these great leaders. Nevertheless, I couldn’t stop asking myself “who has been the first reformer?” Indeed, without surprise, I thought of Jesus-Christ.

In fact, it seems that history was repeating itself. The jews have been the elected people, the chosen people. Because of their vanity, they started to make their own interpretation of the scriptures. The rabbis preferred to crucify Jesus-Christ instead of admitting their weakness and their growing desire to possess power. There is no much difference with what happened during the ages of darkness.

As long as people will seek for power, fame and supremacy; we will be away from God and we will be infallibly in need of a reformation to drag us back to His word. Throughout history, millions have suffered and died for us today to have the chance and the freedom to open the Bible and share its content with our brothers and sisters in God. Jesus-Christ suffered and gave His life for us to really acknowledge the true meaning of Love and redemption.

It’s really important to acknowledge what occurred in the past, to learn from it, to never forget it, to open the door for forgiveness; but more importantly, to make the decision to follow the path that will lead us to heaven and embrace it on a daily basis.

Note: I encourage you to read The Great Controversy by Ellen G. White

Is Jorge Mario Bergoglio the last pope? This is true according to St. Malachy’s prophecies. St. Malachy was an Irish bishop of the 12th century who claimed to have a…
View Post 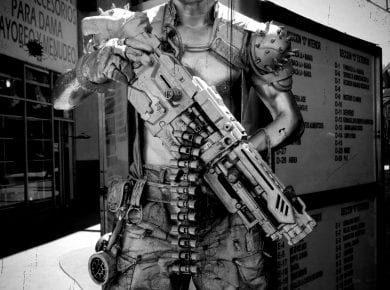