Home Blog Six Events which have affected the public perception concerning 2nd Coming…
Most human-beings are pattern–seekers.They are happy with a situation full of conspiracy theories, rather than having nothing at all. For some non-believers, who always look to see what is going on in Christianity, these events have made a negative impact on the belief concerning  the prophecy of Jesus’ 2nd coming, adhered to by Christians.It even applies to an average Christian. The reason is, that people often try to come to a conclusion on the basis of what is going around in this world, while they take very little time to study the scriptures. Here are some of them, as I understand them:
1)   Year 2000: Expectations of 2ndcoming in and around the year 2000.
Somehow, year 2000 managed to be the most expected year for the second coming of Jesus. Although most Christians know to not believe such guesses, expectations were high. Even some of my non-Christian friends, waited eagerly to see whether something was going to happen that year. As expected by some, Jesus didn’t come, but this had a negative effect on many believers’ faith regarding the truth of His 2nd coming.
2) Year 2004: Indian Ocean Tsunami.
The Tsunami of 2004, which was one of the worst natural disasters ever, caught the world very unexpectedly, and many in distress started to quote:
“…     upon the earth distress of nations, with perplexity; the sea and the waves roaring; Men’s hearts failing them for fear, and for looking after those things which are coming on the earth”: Luke 21:25-26

I witnessed people using this event in their speeches, when they spoke of Christ’s 2ndcoming. Most people expected something to happen immediately, but nothing to that effect. So when Tsunami struck Japan, it was little seen in the context of prophecies, but rather as another natural disaster.

Harold Camping blindly believed in his own speculations, and he also indoctrinated many people to make them believe that the rapture was going to take place on May 21st, but this later brought shame to many Christians, for it received unprecedented attention, worldwide. When what he said didn’t happen, it was another chance for others to make fun of Christian’s apocalyptic beliefs, and some even started to question the credibility of Biblical prophecies.

The Mayan Calendar has nothing to do with the Bible, yet, it has made many to have second thoughts about the end of the world (compounded by the horror created by the film 2012). But nothing happened, and the effect was that people started to mock the concept of the end of world itself. Even though, everyone knows that the world could meet with disaster, connecting it with the religious traditions is losing a great deal of significance.

Malachy, Don Bosco, Lady of Fatima, aliens, false prophets and a lot more of such “tags” made the election of new pope (Pope Francis) an unforgettable event. The world was eagerly waiting to see whether something  was going to happen, when the new Pope got elected. On the day of Pope Ratzinger’s resignation, when a lightning bolt struck the roof of St. Peter’s Basilica in the Vatican, expectations were very high. But as usual, this event also seems to have moved on without any significant news, at all.

6) Increased acceptance of Abortion and Homosexuality:

It was prophesized centuries back that one day the world will become increasingly wicked and people will be unholy and selfish than ever before, and then Jesus Christ will return. From the point of view of an unbeliever or a semibeliever who have heard about the prophecies, it is high time that Christ returns. The fact that the world has already started to publicly embrace homosexuality and other wickedness and the delayed return of Christ often tempts one to be skeptical. This is fast evading the faith in the 2nd coming and is known to have confused even the very militant believer.

So what can we Christians hope for?

We can only pray for His coming and prepare ourselves with a holy conduct which will please Him. We have the word of God, which gives us wisdom to understand how the prophetic events will be unfolding. For it is written,

” For yet a little while, and he that shall come will come, and will not tarry.” Hebrews 10:37

” Knowing this first, that there shall come in the last days scoffers, walking after their own lusts,and saying, Where is the promise of his coming? for since the fathers fell asleep, all things continue as they were from the beginning of the creation.” 2 Peter 3:3-4

“The Lord is not slack concerning his promise, as some men count slackness; but is long suffering to us-ward, not willing that any should perish, but that all should come to repentance.” 2 Peter 3:9

May God bless us with all patience. Amen!

Table of Contents Issac Newton. (1642 – 1727)Srinivasa Ramanujan. (1887 – 1920)Answer:Theory: An Intelligence Quotient, or IQ, is a score derived from one of several standardized tests designed to assess intelligence.  Throughout the years, this standardized test has…
View Post 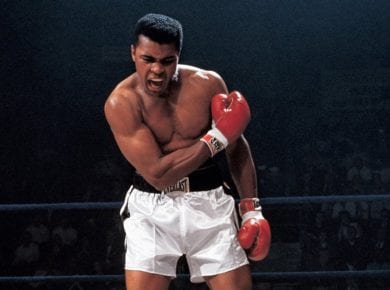 Muhammad Ali (1942-2016), an American former heavyweight champion boxer and one of the famous sporting figures of the 20th century, died last Friday at a Phoenix-area hospital. He had been…
View Post