After serving the foreign wicked Moabite king for 18 years, the Israelites realized that their troubles were due to their religious apostasy. They humbled themselves and cried to God for help. God responded by raising up a deliverer for them from the tribe of Benjamin. His name was Ehud the Son of Gera. The first judge had been from Judah, the leading tribe. Now the Lord used a man from the smallest tribe to save His people.

Ehud is described in the Bible as a left-handed man (Judges 3:15). This fact has a bearing on how he delivered the Israelite from Eglon, King of Moab. A left-handed person would have to bind his dagger on the right side, unlike most right-handed people binding their daggers on the left-side. Seeing that left-handed people are generally fewer in number than right handed people, this distinct characteristic helped him in hiding the weapon when he appeared before the king to present the tribute required.

“Now Ehud made himself a dagger (it was double-edged and a cubit in length) and fastened it under his clothes on his right thigh. So he brought the tribute to Eglon king of Moab. (Now Eglon was a very fat man.) And when he had finished presenting the tribute, he sent away the people who had carried the tribute. But he himself turned back from the stone images that were at Gilgal, and said, “I have a secret message for you, O king…” (Judges 3:16-19). So, the king asked his attendants to leave.

Being left-handed helped prevent the king from getting suspicious as he saw Ehud’s left side without a weapon. Ehud seized the opportunity and killed the wicked king who subjected the children of Israel and stole their resources. After this Ehud and the Israelites followed after the Moabites and defeated them as well. “So Moab was subdued that day under the hand of Israel. And the land had rest for eighty years” (v. 30).

There is a lesson in the story that while God may make a person with a distinct or unusual feature, He can use it for His purpose and the blessing of that person and others. 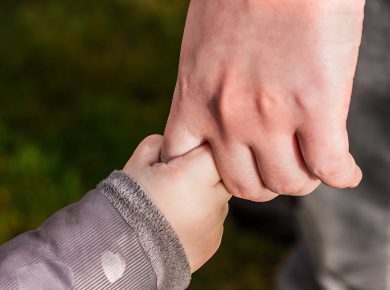 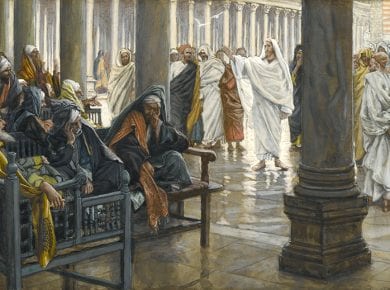 The Herodians were a sect and a political party of Hellenistic Jews that supported the house of Herod Antipas from 4 B.C. to A.D. 39. They submitted to Herod, and…
View Answer