This answer is also available in: Français

The right to freedom of religion is so central in American democracy that it was established in the First Amendment to the Constitution. “Congress shall make no law respecting an establishment of religion….” is the founding principle along with other fundamental rights such as freedom of speech and freedom of the press. In order to guarantee religious liberty, the founders of America mandated the strict separation of church and state. Because of this prohibition against endorsement of religion, different faiths have thrived in America since the founding of the republic.

It is interesting to note that the words, “separation of church and state” are not found in the Constitution. The idea of church/state separation came from a letter written by Thomas Jefferson. Jefferson aimed at protecting religious liberties from an intrusive government! We live in a constitutional republic rather than a theocracy. State-sanctioned churches become puppets of the government. Under such regimes, the traditions of men often take precedence over the Word of God. When the state heads the church, the integrity of the gospel is all too easily compromised. Therefore, to the Christian, the separation of church and state is a very important thing.

Some Americans reject this dictum and promote the idea that the government should endorse the religious values of certain members of the community to the exclusion of others. But this only leads to religious persecution and tyranny. Forced religion is simply a violation of conscience, not a voluntary response to God. The best way for citizens to protect their constitutional right to be free from religious coercion is to become educated and educate others about the separation of church and state.

It is important to keep in mind that our founding fathers did not seek to cancel religion in America. The majority of those who signed the Declaration of Independence were men of faith. The founding Fathers and framers of the U.S. Constitution didn’t work to restrict Americans’ religious activities. The institutional separation of church and state does not mean the segregation of religion from politics or God from government. It does not mean that people of faith are restricted from public speaking. It only means government cannot pass laws to force religion.

This answer is also available in: Français 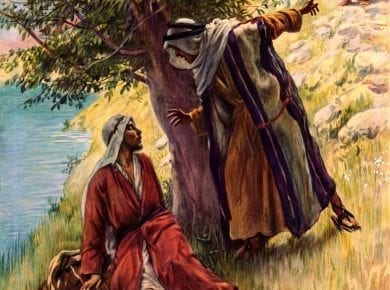 This answer is also available in: FrançaisPhilip was one of the Twelve Apostles of Jesus. The name Philip (Gr. Philippos) means “fond of horses.” He was a native of Bethsaida…
View Answer 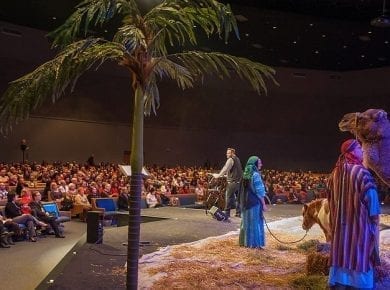 This answer is also available in: FrançaisThe Zion Christian Church was formed by Engenas Lekganyane in 1910. After being educated at two Anglican missions, Lekganyane joined the Apostolic Faith Mission…
View Answer