The word “baptism” comes from the Greek word “baptizo.” It means “to dip under or submerge or immerse.” There are eight different Greek words in the New Testament used to describe the application of liquids. But among these various words that mean to sprinkle, to pour, or to immerse–only the one meaning “to immerse” (baptizo) is used to describe baptism.

Baptism shows a believer’s identification with Christ’s death, burial, and resurrection “Or don’t you know that all of us who were baptized into Christ Jesus were baptized into his death? We were therefore buried with him through baptism into death in order that, just as Christ was raised from the dead through the glory of the Father, we too may live a new life” (Romans 6:3-4). Being immersed in the water resembles dying and buried with Christ. Coming out of the water is an example of Christ’s resurrection. Therefore, baptism by immersion is the only method of baptism which shows being buried with Christ and being raised with Him.

“Jesus … was baptized of John in Jordan. And straightway coming up out of the water, he saw the heavens opened” (Mark 1:9, 10). Jesus gave us the example of baptism by immersion! Notice that after the ordinance, He came “up out of the water.” Jesus was baptized “in Jordan,” not on the bank, as many believe. John always found a place to baptize where “there was much water” (John 3:23), so it would be deep enough. The Bible commands us to follow Jesus’ example (1 Peter 2:21). Any baptism other than immersion breaks this command. Baptism by sprinkling and/or pouring came into practice as a result of the un-biblical practice of infant baptism. 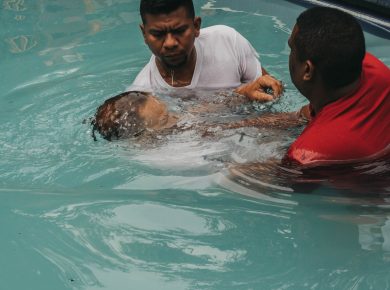 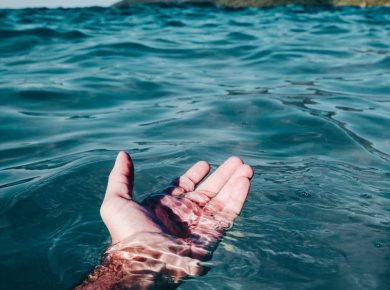 This answer is also available in: العربية हिन्दीJustification A person, who have been corrupted by sins, can have his sins washed away when he accepts by faith Christ’s death on…
View Answer