The following are only thirty basic scientific points that show that evolution is wrong:

1-The evolution of one kind into another kind is not happening in a measurable way in the present, nor can it be proven to have occurred in the past.

2-No new kinds of organisms are being observed coming from previously existing organisms.

4-There are distinct gaps between the known kinds of organisms. One kind is not observed to change into another kind. We do not observe the “missing links” because they are missing, not there, don’t exist.

5-Life only comes from life and reproduces after its own kind. Life does not come from non-living material. Life does not spontaneously generate itself.

6-Mutations are random in nature and are neutral or harmful. Mutations produce the wrong kind of change and will not provide for the upward progressive increase in intelligence or complexity required by evolutionists.

7-We do not find change in the fossil record nor can we measure it in the present. Animal and plant kinds that exist today retain the same appearance but are smaller in size than their known predecessors.

8-The fossil layers are not found in the ground in neat order that evolutionists illustrate them to be in their textbooks. The fossil bearing layers are actually found out of order, upside down, missing or interlaced

9-Polystrate fossils, fossils which penetrate two or more layers of the fossil record, are common throughout the fossil record. In rare cases even large animal skeletons have been found in vertical position rather than in a horizontal position.

10-Life forms are found to be complex even in the “oldest” layers of the fossil record. Yet evolutionists say that these creatures evolved into existence when the first multiple celled life forms began to evolve some 620 million years ago.

11-Nature does not provide us with the proof for the “Tree of Life” so glibly talked about by evolutionists. We do not find life starting as simple and then branching upward and outward as it becomes more and more complex.

12-There are no transitional forms found in the fossil record. We have never found the fossil of a plant or an animal which is a true intermediate form. The “missing links” are missing because they are missing.

13-Be wary of artists renderings. An artists depiction, conception or illustration is imaginary. Simply because we see an artists illustration of a cow becoming a whale doesn’t make it so. Human desire and imagination are not evidence.

14-Ancient man was not primitive. Ancient human cultures had more complex languages than we do today. The engineering feats of the past cultures are well recognized and in some cases have not been duplicated in modern times.

15-The observed Laws of Science contradict the various theories of evolution.

16-The law of Cause and Effect not only describes that for every effect there must have been a cause, it also tells us that the cause must be greater than the effect. You do not get an increase in intelligence without a greater intelligence.

17-The First and Second Laws of Thermodynamics work contrary to evolutionary belief.

18-The concept of a “Big Bang” producing the universe is absolutely illogical. Explosions do not produce ever increasing order and structure. Explosions produce disorder and chaos.

19-There is no method in nature which would allow stars to be “born.” The Gas Laws prove that the pressure of hot gases expanding outward from a center is far greater than the gravitational force drawing them towards a center.

20-The Law of Biogenesis accurately states that life only comes from life, and that life only reproduces after its own kind. Life cannot spontaneously generate and life forms do not change from one kind into another.

22-Not only must there be the input from a greater intelligence in order to produce an increase in complexity and/or intelligence, that intelligence must have a preconceived plan of action. No craftsman would build without a blueprint.

23-In order for evolution to be true atoms must form useful molecules such as enzymes, amino acids and proteins by chance. It is mathematically impossible for these molecules, much less the far larger DNA molecule, to form by chance.

24-Natural selection and survival of the fittest are supposed to be the driving forces of progressive upward evolution. There are no selective benefits for a supposed transitional form.

25-The presumed intermediates required by evolution do not exist. The missing links are missing because they are missing.

26-Living organisms are incredibly complex and have specific design features.

29-When we see design we know that there is/was a designer. The human mind intrinsically knows the difference between randomness and design.

Evolutionary theories remain incapable of explaining the existence of sex, symbiosis or altruism. 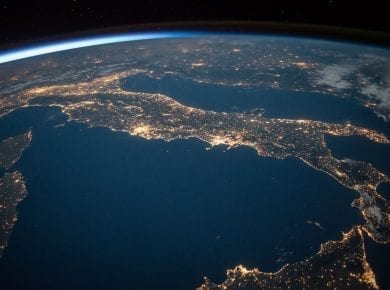 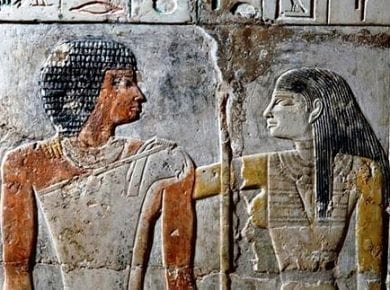 This answer is also available in: हिन्दीThere are definite records for the Biblical Joseph in Egyptian history. Here are some: First – Inscriptions After Joseph interpreted the dreams of Pharaoh,…
View Answer