Samson was the strongest man that ever lived. But His weakness was beautiful women. Samson fell in love with a beautiful Philistine woman named Delilah. Now, Delilah had been promised a great sum of money from the Philistines if she could discover the secret of his incredible strength.

Samson was a Nasserite who was vowed to the Lord from birth which meant he was going to be used by God for delivering His people. Also being a Nasserite meant he could not drink alcohol nor cut his hair. As long as he kept his Nasserite Oath, he would have his strength.

As Samson visited Delilah, she would nag at him to tell her the secret of his tremendous strength. To get her to stop, he told her false things: “If you tie me with seven bowstrings I will lose my power.”

Again, Delilah cried and nagged, “Samson, you do not love me. If you loved me you would tell me the secret of your strength.”

So, Samson told her another lie, “If you bind me with seven brand new ropes I shall lose my strength.” Delilah hurried and bound him with seven new ropes and shouted, “Samson, wake up! The Philistines are upon you.” Samson awoke and shook himself. The ropes fell off and he kicked off the Philistines.

Getting desperate, Delilah used another line, “You don’t love me. You won’t tell me your secret.” Samson then told her that if she wove the seven locks of his hair with a loom he would lose his strength. This time, in mentioning his hair, Samson was getting too close to telling the secret that God did not want him to tell.

Delilah wove his seven locks of hair with a loom. She shook him and shouted again, “Samson awake! The Philistines are upon you! Samson shook off the loom and fought against the Philistines, beating them again.

After the three times that Delilah had openly deceived him, one should think that Samson would figure that Delilah did not love him. But he was enchanted with her and he kept coming to her home. Delilah was frustrated with Samson. She wanted that money that the Philistines had promised her. So, she persisted with her nagging coupled with more charm. Finally, Samson gave in, just to have peace. “If you cut off all of my hair I shall be as weak as any other man.”

Delilah had Samson sleep on her lap. She signaled to the enemies to shave off his hair. Once again she shook him and shouted, Samson! Wake up! The Philistines are upon you.!”

Samson shook himself to fight the Philistines, but his hair was gone. His strength was gone. Samson was in a living nightmare. Delilah, in the name of love, had betrayed him.

The Philistines took him prisoner, burned his eyes and gave him the work of a mule grinding in the mill.

While in prison, Samson thought about his sins, repented fully and renewed his vow with the Lord. And as his hair began to grow, he realized that his incredible strength was returning.

There was to be a great festival in the Temple of Dagon, the Philistines’ false god. Three thousand people, including the Philistines’ most powerful political, military and religious leaders would be present in the temple, worshiping their false god.

Samson was brought into the court of the temple, to amuse them. Samson said to the boy who was leading him: “Take me up to the front of the temple, so that I may stand by one of the pillars, and lean against it.”

While Samson stood between two of the pillars, he prayed to the Lord, “O Lord God, remember me, I pray thee, and give me strength only this once, O God; and help me, that I may obtain vengeance upon the Philistines”. Then he placed one arms around the pillars and said, “Let me die with the Philistines.”

And he pulled the pillars over with him, bringing down the roof destroying God’s enemies.

Samson died; but in his death he killed more of the Philistines than he had killed during his life.

His nation was delivered 🙂 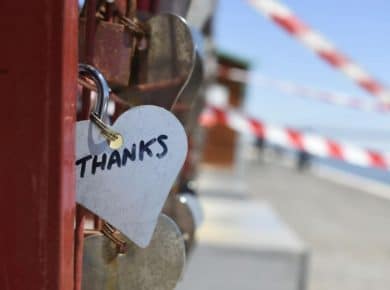 Thanksgiving is a special time of the year where people express gratitude. Cultivating a mindset of gratitude, not just during holidays but all through the year, is perhaps the most…
View Answer 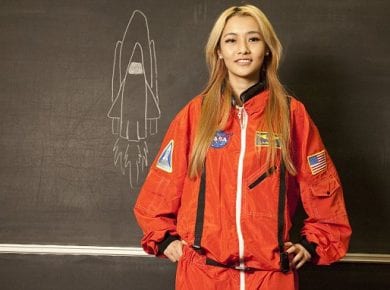 Maggie Lieu, a 24-year-old, who’s doing a PhD in astronomy and space at the University of Birmingham, is shortlisted for the 2025 Mars One mission. If she gets through, she’ll…
View Answer