“I say then, has God cast away His people? Certainly not! For I also am an Israelite, of the seed of Abraham, of the tribe of Benjamin… For if their being cast away is the reconciling of the world, what will their acceptance be but life from the dead?” (Romans 11:1,15).

The answer to this question lies in looking at the verses in context and allowing the author to explain its meaning. The situation in Romans 11 is that the apostle Paul, who is a Jew, is addressing the Gentiles (Vs 13). He is explaining to them that the Jews were to be God’s chosen people and God would never cast them away, as long as they wanted to follow Him.  Paul makes the case that those from Israel, or Jews, are still God’s people, as he quotes from the Old Testament, “For the Lord will not cast off his people, neither will he forsake his inheritance” (Ps. 94:14; 1 Sam. 12:22).  Jesus Himself said, “All that the Father giveth me shall come to me; and him that cometh to me I will in no wise cast out” (John 6:37).

Sadly, a majority of the Jews rejected the Messiah and would not accept His message of salvation. Those Jews who hardened their hearts to His invitation were cast away, but only by their own choosing. They refused the Son who was their only way to the Father (John 14:6). Thus, in their disdain of Jesus, many Jews were persecuting His followers with torture and even death.

As Paul goes on, he brings to remembrance a story from the Old Testament about the prophet Elijah, “God hath not cast away his people which he foreknew. Wot ye not what the scripture saith of Elias? how he maketh intercession to God against Israel saying, Lord, they have killed thy prophets, and digged down thine altars; and I am left alone, and they seek my life.But what saith the answer of God unto him? I have reserved to myself seven thousand men, who have not bowed the knee to the image of Baal. Even so then at this present time also there is a remnant according to the election of grace” (Romans 11:2-5).

During the time of Elijah (Elias in Greek), the nation of Israel was in a state of apostasy and the leaders of Israel were persecuting God’s prophets and even killing them. This was the same condition of many in Jewish leadership as they were killing followers of Christ at that time. He brings to their remembrance that even though most of the nation was not in accordance to God’s law, there was a remnant of true believers.

Therefore, both statements in verses one and fifteen are true. Though having to cast off the greater part of His ancient people because of their faithlessness (Romans 10:20), God overruled this to reconcile to Himself those who had “sought” Him. The faithful remnant had accepted the Messiah, and the missionary efforts of the early church were constantly adding to their number. Paul regarded his ministry as a work of reconciliation (2 Cor. 5:18, 19; Col. 1:20), and this was as true for Jews as much as it was for Gentiles.

Thus, Paul is saying that while many people from a certain background may have rejected Christ, as many Jews did, the Gentiles cannot stereotype them and assume they all believe that way. He was teaching the wisdom from God that we must treat each person as an individual. Also, we can learn from this story that while many people who profess to believe in God yet do not behave as though they do, God still has a remnant of true believers that keep the faith no matter what (Revelation 12:17). 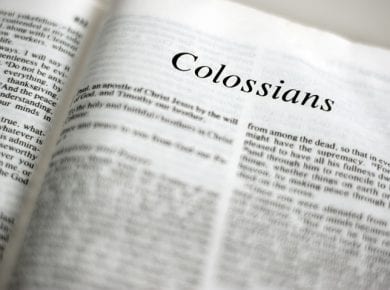 This page is also available in: हिन्दी (Hindi)“Who is the image of the invisible God, the firstborn of every creature” (Colossians 1:15). Firstborn is “prōtotokos” in Greek. In Matt. 1:25 and Luke…
View Answer 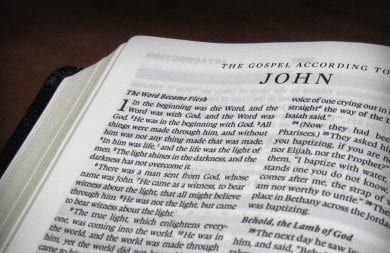