Professor Hawking added that the primitive forms of artificial intelligence developed so far have already proved very useful, but he fears the consequences of creating robots that can match or surpass humans.

Jesus declared that His second coming will end life as we know it today “For the Son of man shall come in the glory of his Father with his angels; and then he shall reward every man according to his works.” Matthew 16:27.

But why should we believe Jesus’ words?

Jesus’ supernatural miracles of healing all kinds of sickness, feeding thousands with a handful of food, raising the dead, having power over nature and getting resurrected from death are the greatest proofs to His truthfulness.

Thousands of people witnessed Jesus’ miracles even His enemies attested to them. Ancient Christian and secular historians recorded His miracle accounts in history. The gospel accounts are filled with miracle stories that Christ performed, not for wealth or political power, but that the world may be convinced that He was sent by the Father to bring salvation to mankind (John 5:36; 10:37-38). Even the writers of these accounts were willing to suffer and die to defend what they saw. In fact, 11 of the 12 disciples of Christ gave up their lives for their testimony.

No other man on Earth has ever done what Jesus did. Jesus’ incredible miracles are not being duplicated today. Neither the modern alleged “faith healer” nor the twenty-first-century scientist is duplicating the miracles that Jesus worked 2,000 years ago.

In addition, Jesus’ life was a fulfillment of over 125 Old Testament prophecies. These prophecies were given hundreds of years before His birth. These prophecies were fulfilled with an amazing and precise accuracy. They could not just happen! Only God knows the future and destiny of planet Earth. And He has given us enough evidence in Jesus so we can believe in His words and get ready for His soon coming. Today, almost all the end time prophecies and signs have been fulfilled and we are nearing the very end.

Jesus promised, “Let not your heart be troubled: ye believe in God, believe also in me. In my Father’s house are many mansions: if it were not so, I would have told you. I go to prepare a place for you. And if I go and prepare a place for you, I will come again, and receive you unto myself; that where I am, there ye may be also.” John 14:1-4. 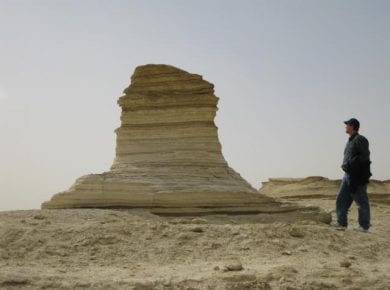