“And to the angel of the church of the Laodiceans write, ‘These things says the Amen, the Faithful and True Witness, the Beginning of the creation of God” (Revelation 3:14).

The Greek word for “beginning” here is arche. The word “beginning” has both a passive and active meanings. Taken passively, it refers to that which is acted upon at the beginning. So interpreted here, it would mean that Christ was the first creature created.

But we should compare this one verse to other verses in the Bible that talk about Jesus and creation to get a more definite interpretation. The Bible clearly teaches that Christ is the Creator of everything: “For by Him all things were created that are in heaven and that are on earth, visible and invisible, whether thrones or dominions or principalities or powers. All things were created through Him and for Him.  And He is before all things, and in Him all things consist” (Colossians 1:16, 17).

Taken actively, the word “beginning” refers to that which initiates an action, a first cause. So, it is understood here, that Christ is the Creator who took the first action in creation. This translation agrees with other scriptures in the NT like John 1:1-3, “In the beginning was the Word, and the Word was with God, and the Word was God. He was in the beginning with God.  All things were made through Him, and without Him nothing was made that was made.” Another verse is Hebrews 1:2 where it says that God “has in these last days spoken to us by His Son, whom He has appointed heir of all things, through whom also He made the worlds.”

Revelation 3:14 can therefore be interpreted as Christ being the One who initiates, who is the prime mover and begins all things rather than He was created. John is simply pointing out that Jesus is our Creator.

Table of Contents Galatians 4:9-11There were two kinds of Sabbaths that were observed by JewsWhich law did Jesus abolish?So, what is Galatians 4 saying? This answer is also available in:…
View Answer 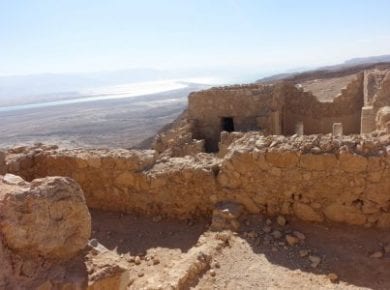 This answer is also available in: हिन्दी “And they will fall by the edge of the sword, and be led away captive into all nations. And Jerusalem will be trampled…
View Answer