Recent archaeological research on Egyptian mummies showed that the first Egyptian Dynasty which descended from the biblical Ham, the son of Noah could well be supported by evidence based on DNA.

According to CNN report, researchers from the University of Tuebingen and the Max Planck Institute for the Science of Human History in Jena, in Germany, found amazing discoveries when decoded the genome of ancient Egyptians.

Their research, which was published online in Nature Communications, stated that mummies in Abusir-el Meleq, Middle Egypt, were the closest genetic relatives of Neolithic and Bronze Age populations from the Near East, Anatolia, and Eastern Mediterranean Europeans.

The research was conducted on 166 samples from 151 mummies in Abusir el-Meleq dating back 1,300 years of Egyptian history, from about 1388 BCE to 426 CE. Using DNA capture techniques, the researchers “successfully got complete human mitochondrial genomes from 90 samples and genome-wide SNP data from three male individuals passing quality control.”

The Breaking Israel News (BIN) had a commentary confirming that the latest scientific findings correlate with biblical accounts, such as Genesis 10:5-6, which states: “Of these were the isles of the nations divided in their lands, every one after his tongue, after their families, in their nations. And the sons of Ham: Cush, and Mizraim (or Egypt according to the New International Version of the Bible), and Put, and Canaan.”

Adam Eliyahu Berkowitz of BIN said: “According to the Bible, Mizraim settled in Egypt whereas Cush settled in Africa, establishing two distinct and separate nations that did not share a common heritage. The scientific theory implies the origins of Africa and Egypt were the same.”

The researchers affirmed, “We found the ancient Egyptian samples falling distinct from modern Egyptians, and closer towards Near Eastern and European samples,” “In contrast, modern Egyptians are shifted towards sub-Saharan African populations.”

As BNI pointed out, the new findings agree with the Dynastic Race Theory by archaeologist David Rohl, who taught that ancient Egyptians came from Mesopotamia, conquered the Nile Valley, and founded the first Egyptian dynasties.

Rohl’s theory was established on the biblical account of Ham, who traveled with his people from Mesopotamia to settle in Egypt after the Flood. In support of this theory, Rohl led an expedition in 1988 into Wadi Hammamat, a dry river bed in Egypt’s Eastern Desert, where he discovered ancient wall drawings portraying longs boats with as many as 70 oarsmen, thus, proving the migration of the early Mesopotamian people to Egypt. 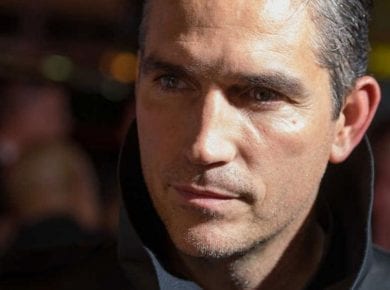 Passion of the Christ’s actor, Jim Caviezel, is an outspoken advocate for the pre-born and their right to life. Caviezel’s personal life is a living testimony to what he preaches.…
View Answer

2000 years ago God proved His love for humanity by sending His only Son to earth. Jesus came to this dark world to save us and reveal the Father’s love…
View Answer