Project Afterlife is a new television series that documents people who claim to have died and experienced the afterlife. Each 60-minute episode chronicles two stories of contemporary cases of resurrection and Near Death Experiences (NDE) across America. Survivors were in the prime of their lives when an accident or sudden illness led to their death.

Using personal interviews and Hollywood re-creations, Project Afterlife follows a team of investigators — a paramedic, an ordained minister, a retired state trooper, and an investigative filmmaker — who are motivated by their own experiences with pulling victims back from the grave to find the mysteries of resurrection.

During these experiences, some have claimed to encounter a variety of unusual phenomena, like moving through a tunnel toward a light, visiting heaven or hell and having spiritual visions.

However, scientific research suggests that NDE experiences are not spiritual but instead chemical – a function of anoxia or oxygen deprivation in the brain. This has been shown in a new study by the University of Michigan Medical School and published in Proceedings of the National Academy of Sciences.

A 2010 study in the journal Critical Care found that of 52 heart attack patients, 11 reported having NDEs. Between one in four and one in ten heart attack survivors report some form of near-death experience. Further, NDE’s can be chemically induced in patients.

Also, a 2001 article published in Trends in Cognitive Sciences writes, “contrary to popular belief, research suggests that there is nothing paranormal about these experiences. Instead, near-death experiences are the manifestation of normal brain function gone awry, during a traumatic, and sometimes harmless, event.” By neuroscientist Dean Mobbs, of the University of Cambridge’s Medical Research Council Cognition and Brain Sciences Unit, and Caroline Watt, of the University of Edinburgh.

Researcher Susan Blackmore, author of “Dying to Live: Near-Death Experiences” (Prometheus Books, 1993), notes that many NDEs (such as euphoria and the feeling of moving toward a tunnel of white light) are common symptoms of oxygen deprivation in the brain.

When it comes to mysteries of death, Jesus is the only One that overcame death. Therefore, He has all the answers to what happens after death. People should turn to His word for answers especially when these popular experiences are full of contradictory stories, un-biblical truths, and bizarre occurrences.

According to the Bible, the dead go to a state of unconsciousness. They simply sleep in their graves and await the Resurrection Day. At that day, the dead will be raised, given immortal bodies, and caught up to meet the Lord in the air. There would be no purpose in a resurrection if people were taken to heaven or hell at death.

The Bible says that rewards are given only at the second coming not at death, “Behold, I come quickly; and my reward is with me, to give every man according as his work shall be” (Revelation 22:12). And “The Lord himself shall descend from heaven with a shout … and the dead in Christ shall rise … and so shall we ever be with the Lord” (1 Thessalonians 4:16, 17). Then, “We shall all be changed, in a moment, in the twinkling of an eye … and the dead shall be raised incorruptible. … For this corruptible must put on incorruption, and this mortal must put on immortality” (1 Corinthians 15:51-53).

The devil invented the teaching that the dead are alive to convince people that when they die they are not really dead. When people believe that the dead are alive, they will be inclined to listen to the “spirits of devils, working miracles” (Revelation 16:14) and posing as spirits of the dead to deceive the living and lead them away from the truths of the Bible (Matthew 24:24). Sadly, people are more convinced by what they feel or see than by what God’s Word say.

The devil’s deceptions haven’t changed since he first told Eve that she would not die if she disobeyed God (Genesis 3:4). And he continues to use the same lie. But, the Word of God still states that, “The soul who sins shall die” (Ezekiel 18:4). 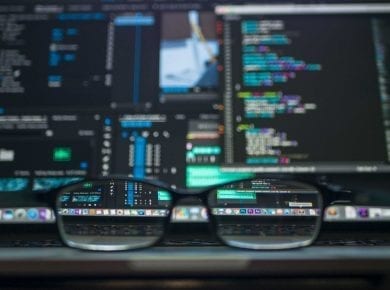 “Now faith is the substance of things hoped for, the evidence of things not seen.” ~Hebrews 11:1 In today’s world faith can seem to be a hard thing to have.…
View Post
The ‘mess of pottage’ motif is a commonly used theme in art and has been used very effectively in a number of classical literature works. It is employed to depict how…
View Post