In the Old Testament, homosexuality was considered a wickedness (Genesis 19:1-11; Judges 19:16-24 ) and an abomination (Leviticus 18:22; 1 Kings 14:24; 15:12). The Lord forbade the practice of homosexuality and sentenced the offenders to death “If a man also lie with mankind, as he lieth with a woman, both of them have committed an abomination: they shall surely be put to death; their blood shall be upon them” (Leviticus 20:13).

Also, in the New Testament, the Lord made clear that homosexuality was a sin “For the wrath of God is revealed from heaven against all ungodliness and unrighteousness of men, who hold the truth in unrighteousness…For this cause God gave them up unto vile affections: for even their women did change the natural use into that which is against nature: And likewise also the men, leaving the natural use of the woman, burned in their lust one toward another; men with men working that which is unseemly, and receiving in themselves that recompence of their error which was meet…” (Romans 1:18-32).

And Paul said to the Corinthians that those that practiced homosexuality will not enter heaven, “Know ye not that the unrighteous shall not inherit the kingdom of God? Be not deceived: neither fornicators, nor idolaters, nor adulterers, nor effeminate, nor abusers of themselves with mankind, nor thieves, nor covetous, nor drunkards, nor revilers, nor extortioners, shall inherit the kingdom of God. And such were some of you: but ye are washed, but ye are sanctified, but ye are justified in the name of the Lord Jesus, and by the Spirit of our God” (1 Corinthians 6:9-11).

And he added, “Knowing this, that the law is not made for a righteous man, but for the lawless and disobedient, for the ungodly and for sinners, for unholy and profane, for murderers of fathers and murderers of mothers, for manslayers, for whoremongers, for them that defile themselves with mankind, for menstealers, for liars, for perjured persons, and if there be any other thing that is contrary to sound doctrine” (1 Timothy 1:8-10).

While the Bible is clear that homosexuality is a sin, the good news is, like any other sin, the Lord not just forgives the repentant sinner but gives him total victory and deliverance from that sin “Therefore if any man be in Christ, he is a new creature: old things are passed away; behold, all things are become new” (2 Corinthians 5:17). God will give those that struggle with homosexuality a new heart and a new mind “For with God nothing shall be impossible” (Luke 1:37). And the believer will say “I can do all things through Christ which strengtheneth me” (Philippians 4:13). 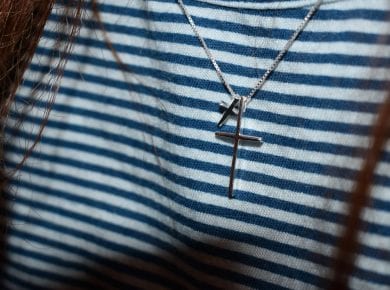 This answer is also available in: हिन्दीThere is no Biblical record to show that the early believers wore a cross around their necks. Some Christians take a stand against wearing…
View Answer 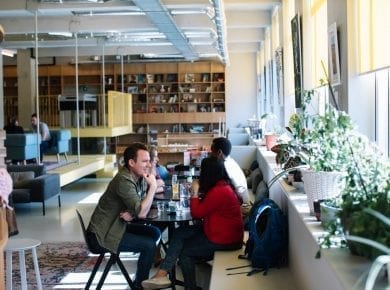 This answer is also available in: हिन्दीThe first place to start witnessing for the Lord is your family. After Jesus healed the demoniac, He told Him, “Go home.” The man…
View Answer