Home Blog Pope Francis and Related Controversies
In the previous post we mentioned about some recent events that are connected with Bible prophecies where the Catholic church plays a major role. Here, we will discuss how the present pope and his election is distinct and rather mysterious from all the others. The abdication of the last pope, Benedict Ratzinger, shocked everyone; for the world has not witnessed such an event in the previous 600 years of the Catholic Church’s existence. For your information, the last pope to do so was Gregory XII by stepping down in 1415 to help end a schism in the church.
Are these signs pointing towards the beginning of a new era? Interestingly, Pastor Doug Batchelor wrote a few months back :

“The world now has the first pope with the ability to unite the Catholic and Protestant world—even the press is calling him ‘the people’s pope’!”

Many others also hold the same view about the new pope. At this point we want to make it clear that we do believe there are many Catholics who sincerely love Christ. Unfortunately, they are ignorant of what Bible teaches. The following are some of the speculations and conspiracy theories concerning the present pope:

The most famous and best known prophecies about the popes are those attributed to St. Malachy, a medieval period Irish priest. He is believed to have received some strange visions in the year 1139 in which he saw all the popes who were going to be elected until the end of world which were going to be 112 more. What matters for us is that the current pope who resigned was the 111th and the next is going to be 112th. Malachy’s vision goes on to specify some of the characteristic of this last pope and he calls him Petrus Romanus, in whose time Rome will be burned and Jesus will come back. Interestingly the Vatican is silent on this. When asked specifically, they responded by saying that Malachi’s prophecy could be even symbolic and may not be literal, so let us wait.  Anyway, many are still trying their best to verify the truth of  this strange vision.
2) Don Bosco’s Dream:
Have you heard about the Salesian of Don Bosco, who had a prophetic dream about a future pope, who will guide Catholic Church through a fierce storm of attacks, into a respite of calm and peace. In his dream, Don Bosco saw the Church as a great three-masted ship being moored securely between two towering pillars, the pillars being their Eucharist and Mary. Many are looking forward as to see whether there is a connection between Petrus Romanus and Don Bosco’s pope in the dream.
3)Illuminati Agenda:
There is a speculation that Illuminati is trying to establish a new world order based on social justice and deviated from Bible teachings. They are looking for a perfect leader in this regard and pope’s office has always been their favorite. They knew it very well that someone influential like the current pope can serve this means and are trying their best to connect with Vatican through Jesuits. It is believed that they have already made significant advances. As Vatican is busy in making friendship with all the religious groups irrespective of their diverse beliefs, they may even see Illuminati as an opportunity to further expand their ambitious dreams. After all, prophecies too point in that direction.

Since diligent students of Bible prophecy clearly knows that Roman Catholic Church is wrong in many of its doctrines, they all have viewed them with an eye of suspicion. Whatever is happening in the Vatican is always studied in the context of prophecy and an attempt is made each time to connect them to end time prophecies. It is no different this time too, as many Christians feel that the present Pope is going to be a false prophet or the antichrist. But such assertions are made whenever a new Pope is elected and we must be very careful before jumping into such a conclusion. After all, it is God who decides the timing!
5) Alien Threat:

There was a report in the Russian Media which had a lot of humor in it (at least for some of us). The report claims that the Pope Benedict was visited by aliens from outer space and had a chat with him. All of this is kept secret by both the Vatican and  the top World Governments and all of a sudden the Russians want the USA to make this matter public. Here comes a short narration of what happened in the conclave of the Pope and the Aliens which eventually lead to Pope Benedict’s resignation:-   The Pope was very happy to see them and had a heartfelt talk with them. Aliens wanted the Pope to introduce them to mankind, as they  found pope to be a man of great influence in the planet. So what’s next? In great enthusiasm Pope asked them about Jesus. But, aliens were seen altogether puzzled with what Pope was asking for and signaled that they don’t know Jesus. That was the end of Benedict XVI’s mental strength. Terrified by thinking about the consequence of such a revelation to public by a Christian leader, he cleverly chose to resign his role as Pope citing some health reasons whereby assigning this must to do task (for the aliens are determined to do this) to the next Pope who is ignorant of all these. Click here to know more about this…

Whatever be the case, the present pope is no doubt a talented person as well as a respected and beloved one of the common public. Now, if  the next American President is a Catholic, the stage is well set for a Church-State union, and legislation of laws contradictory to God’s Law which is in no doubt the final sign for God’s people to be most vigilant. In addition to it, the support of a living retired pope will be vital in such cases. There will be a world-wide confusion as the beast (Roman Catholic Church) and the false prophet (Protestant America) exercise their power with the help of the dragon (Satan), the serpent of the old.

In 1989, Ron Wyatt discovered the evidence of the ashen remains of Sodom and Gomorrah. The sturctures were saturated with encapsulated sulfur balls as remains of the fire and brimstone that God sent. The Bible…
View Post 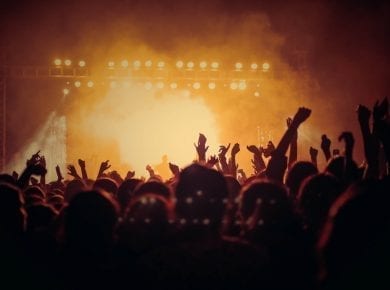