Peter is speaking about the death of Jesus “For Christ also hath once suffered for sins, the just for the unjust, that he might bring us to God, being put to death in the flesh, but quickened by the Spirit; By which also he went and preached unto the spirits in prison; Which sometime were disobedient, when once the longsuffering of God waited in the days of Noah, while the ark was a preparing, wherein few, that is, eight souls were saved by water” (1 Peter 3:18-20).

Some have misunderstood this verse by Peter. These teach that Christ actually descended into the lower regions of the earth and preached to lost souls that were in prison in some purgatory or limbo. But this is not what the text is actually saying. The verse says, “For Christ also hath once suffered for sins…that he might bring us to God…but quickened by the Spirit. By which also he went and preached unto the spirits in prison.” Notice how Christ preached to those spirits in prison. He did it “by the Spirit” (which is capitalized). It actually refers to the Holy Spirit.

What Peter is telling us here is simply that Christ through the Holy Spirit was present while Noah preached, Christ was there through the Holy Spirit to speak conviction to their hearts and appeal to them to come into the ark. There is absolutely no reference in the words of Peter which indicates that Jesus departed from the body during the time He was dead to go to any subterranean place to minister to wicked spirits.

The three questions are clearly answered in the text itself, that Christ preached by the Holy Spirit, He did it while the ark was preparing, and He did it to the spirits in prison or to those individuals whose sinful lives were bound in the prison of sin.

This page is also available in: हिन्दी (Hindi)Ethiopia is mentioned several times in the Bible. Ethiopia was a great country at that time, like Egypt. The Bible records that it often…
View Answer 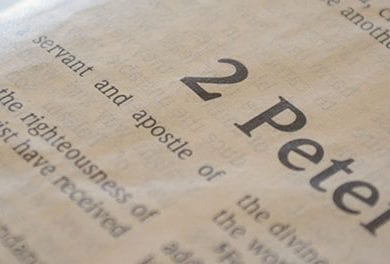 This page is also available in: हिन्दी (Hindi)Present truth, in 2 Peter 1:12, is the preaching of the everlasting gospel that has particular urgency for a specific time. Let’s review…
View Answer