Paul wrote, “Therefore the law was our tutor to bring us to Christ, that we might be justified by faith. But after faith has come, we are no longer under a tutor” (Galatians 3:24, 25). Did Jesus abolish the law or the ten commandments in the gospels and was Paul echoing that in his epistles?

What does this verse mean?

Paul figuratively describes the children of God who lived before the first advent of Christ as: being “under tutors and governors until the time appointed of the father” (ch. 4:2). “But when the fullness of the time was come, God sent forth his Son, made of a woman, made under the law, to redeem them that were under the law, that we might receive the adoption of sons” (v. 4).

Some have interpreted this phrase “under a tutor” to mean being “under the condemnation of law.” But that is not what Paul is saying. For it is not the function of a “tutor” to condemn but to guard and protect (v. 24). Paul, in Galatians 3, is only against gaining righteousness by keeping the law instead of by faith (vs. 1–3, 7, 11, 14, 21; etc.).

So, what happened to these laws (our schoolmaster) when Christ came?

Regarding the civil statutes, they lost their significance when Israel ended as a nation in 70 AD by the Romans. At that time, spiritual Israel (the church) took its place. And regarding the health laws, they remain in effect today. https://bibleask.org/bible-answers/186-good-health/

Regarding the moral law (Ten Commandments), it is to be written on the heart of man (Hebrews 10:16). Believers that are “justified by faith” (v. 24) in Christ become new creatures (2 Corinthians 5:17) with the law of God written in their minds and hearts (Hebrews 8:10). And, thus, “the righteousness [or requirements] of the law” is “fulfilled” in them (Romans 8:4). https://bibleask.org/bible-answers/83-why-the-law-was-given-at-sinai/

It is difficult to understand how anyone can conclude that Paul is here announcing the abolition of the Ten Commandments, God’s great moral law. So long as the new hearts and minds of the children of God last, the divine law, in living characters, will be written upon them. Jesus said, “Do not think that I came to destroy the Law or the Prophets. I did not come to destroy but to fulfill. For assuredly, I say to you, till heaven and earth pass away, one jot or one [tittle will by no means pass from the law till all is fulfilled” (Matthew 5:17,18).

Hello, A covenant is an agreement between two parties based upon mutual promises. In the Bible, there were a number of covenants made, yet the most obvious or spoken of…
View Answer 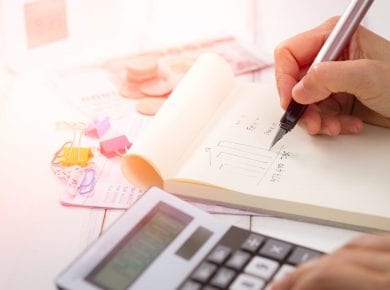 In Old Testament, the tithe was used for the income of the priests. The tribe of Levi (the priests) received no portion of land for crop-growing and business operations, while…
View Answer