The Bible’s most comprehensive panorama of prophetic landmark was shown in a dream given to Nebuchadnezzar king of Babylon (Daniel 2). While the king didn’t know the meaning of this dream, God revealed the interpretation to Daniel His prophet. The vision revealed the rise and fall of empires from Daniel’s day until Christ’s return. Using the symbol of a great statue of a man made of varying metals, the Lord revealed the rise and fall of five world empires that would deal with His children. It was predicted that the last earthly kingdom would be divided until replaced by God’s own glorious kingdom, one that would stand forever. History has unquestionably confirmed these five nations coming and going. The prophetic landmarks in Daniel 2 strongly establish the trustworthy nature of Bible prophecy in predicting the future. For more on Daniel 2, check the following link: What is the Interpretation of Daniel 2?

In the Old Testament, we find over 125 other predictions regarding the life of Jesus, His mission, and even details about His betrayal and death. All of these are extremely accurate prophetic landmarks. For more on some of the Messianic prophecies, check the following link: Messianic Prophecies Jesus Fulfilled

As we study the Messianic prophecies, we uncover deeper insights into the coming Messiah spoken of in Daniel 9. The predictions were very accurately calculated and pointed to the very year of Jesus’ baptism, crucifixion, and the launching of the gospel to the Gentiles. For more on Daniel 9, check the following link: What was the Purpose of the Seventy Week Prophecy?

Also, the prophecies in Daniel 9 help us to understand the longest prophecy in the entire Bible, found in Daniel 8. It stretched 2,300 years from the rebuilding of Jerusalem after the Babylonian exile (457 BC) to the time when Christ entered into the most holy place of the heavenly sanctuary (AD 1844) and launched His final message to humanity before returning to earth. For more on the 2,300 prophecy, check the following link: https://bibleask.org/what-is-the-significance-of-the-year-1844/

When we see the fulfillment of  past prophetic landmarks, we can be certain that God’s future landmarks will also come to pass precisely as they were given. 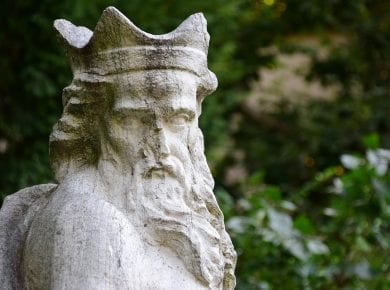 This answer is also available in: हिन्दीThe last prophetic event in the Bible would be the second death stated in Revelation 20. This happens as the last part of the…
View Answer