This is an American horror movie written and directed by Christopher B. Landon and a spinoff of the Paranormal Activity horror movie franchise.  The film grossed almost four times its $5 million budget in a single weekend. Paranormal movies get attention because people believe the dead are actually alive in a different sphere.

Channeling the spirits of the dead is called “spiritism.” It is based on a two-part belief: (1) the dead are alive, and (2) they can contact you, or you can contact them.

But what does the Bible teach about the dead?

So, where do the dead go when they die?

The dead, both righteous and unrighteous, are in their graves (Job 21:32) and will hear Jesus’ voice calling them forth to resurrection from the grave to rewards or punishments (John 5:28, 29). Hebrews 11:32-40 makes it clear that all the faithful of the ages have not yet been rewarded, but rather, will all be rewarded together at the second coming.

Man is mortal. Only God is immortal (1 Timothy 6:16). The widely believed teaching of the undying, immortal soul is not found in the scriptures. The Bible teaches that the righteous will be given immortality only at the resurrection. The wicked never receive it. “We shall all be changed, In a moment, in the twinkling of an eye, at the last trump: for the trumpet shall sound, and the dead shall be raised incorruptible, … and this mortal must put on immortality.” 1 Corinthians 15:51-53; “For the Lord himself shall descend from heaven with a shout, with the voice of the archangel, and with the trump of God: and the dead in Christ shall rise first.” (1 Thessalonians 4:16).

Death is a state of total unconsciousness, during which 15 minutes or a thousand years seem the same. The dead simply “sleep” in their graves until the resurrection, when all will be awakened by Jesus. The teaching that the spirits of the dead are heavenly angels, or some righteous ghostlike entity that can be contacted, is man-made.

So, since wizards, witches, and psychics cannot contact the dead, whom are they actually contacting?

Evil spirits! Yes, these spirits have the power to deceive people by performing miracles through paranormal activity (Revelation 16:13, 14). They use “all power and signs and lying wonders” 2 Thessalonians 2:9. When psychics claim to be contacting spirits of the dead, through their paranormal activities, they are really in touch with Satan’s fallen angels (Isaiah 8:19, 20).

Satan’s first lie to mankind was “Ye shall not surely die.” Genesis 3:4. The devil wants people to believe that the spirits of the dead are alive so his angels can pose as saints, prophets, and righteous leaders who have died (2 Corinthians 11:13-15) to deceive world (Matthew 24:24).

Reincarnation, channeling, communication with spirits and the “undying soul” are all deceptive paranormal works, with one aim to lead people away from God.

“And when they shall say unto you, Seek unto them that have familiar spirits… should not a people seek unto their God? for the living to the dead?” (Isaiah 8:19).

God is on His throne eager to answer your prayer. 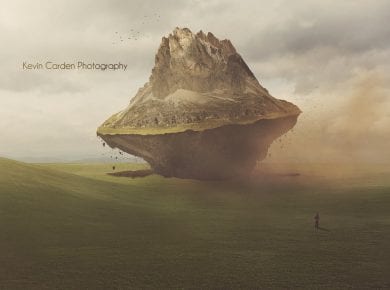