In examining Christianity in relation to other religions, we see Jesus as the central theme. No other “religious leader” can compare to Jesus Christ.  Jesus claimed to be equal with the Father (John 10:29–33). To Jesus are ascribed all the prerogatives and attributes of Deity. No world religion’s key figure claimed to be God. By His life and death Jesus fulfilled over hundred Old Testament prophecies. No other religious leader has done that.

Jesus lived a sinless life and proved His deity by the miracles He performed. He healed all diseases, He had authority over nature, He raised people from the dead, and He instantly provided food for thousands of people. There is no other religious leader that did the supernatural works that Jesus did. Jesus said, ” Believe Me that I am in the Father and the Father in Me, or else believe Me for the sake of the works themselves” (John 14:11).

Jesus showed His love when He sacrificed His life to redeem fallen men. And He offers salvation to all “God demonstrates his own love for us in this: While we were still sinners, Christ died for us” (Romans 5:8). No other religious leader sacrificed His life for his people.

Jesus rose from the dead three days after he was crucified exactly as He prophesied and He showed himself alive to more than 500 people. The apostle Paul in 1 Corinthians 15:13–19 says, if Christ were not raised from the dead, then our faith is empty and we are still in our sins! No world religion claims that their religious leader rose from the dead.

Jesus ascended to heaven in the sight of many people. No other leader of any religion did that.

Unlike people in other world religions that try to reach to their gods, in Christianity we see God reaching out to men through Jesus. By His life and death, Jesus won the battle over the devil. Therefore, “there is salvation in no one else; for there is no other name under heaven that has been given among men by which we must be saved” (Acts 4:12). 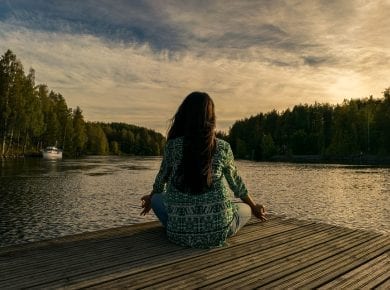 This answer is also available in: हिन्दीIn Philosophy, noetic (from the Greek word meaning “mental”) science is a branch of metaphysical philosophy concerned with the study of mind as well…
View Answer

This answer is also available in: हिन्दीJesus’ mission on earth was to die in propitiation for human sin (1 John 2:2). If anyone could be held responsible for Christ’s death,…
View Answer