Does the Bible recommend a bishop, elder or pastor for marriage? There has been two schools of thought in the Catholic system the Protestantism.

Paul includes this in his counsel regarding bishops because a married man would be more adequately prepared to understand many of the problems arising among the families of the church. Certainly Paul here condemns the mandatory celibacy of the clergy. Celibacy and other ascetic practices are not encouraged in the Bible. And in the case of death of first spouse remarriage for a religious leader is not condemned.

The companionship of husband and wife is one of His ordained means for the proper spiritual development of both, as Paul himself declares (Eph. 5:22–33; 1 Tim. 4:3; Heb. 13:4). Some of the early Christians were excusing divorce for causes other than adultery and this is against what Jesus taught in Matt. 19:8, 9.

The beginning verse reflects Paul’s stand, because he always condemned sexual promiscuity. In a day when polygamy was socially acceptable in the East and concubinage among the Greeks and Romans, Christians were to stand undefiled as an example of a better way of life. If church members should fail in this regard, there may be censure and forgiveness; but if a church leader fails to exemplify the highest moral standard, he thereby forfeits his position of leadership. Paul is stressing the danger of appointing as bishop, or elder, any man who has an irregular moral record. One fact is clear; the bishop is to have an untarnished record of marital fidelity, which would serve as a worthy pattern for his flock.

Some may find difficulty in harmonizing this verse with Paul’s statement encouraging men to live as he lived, that is, without a wife (1 Cor. 7:7, 8). However, Paul’s statements regarding marriage are viewed in their context, it was the “present distress” of persecutions that led him to urge caution (1 Cor. 7:26, 28). Paul does not belittle the divine order of the home, which God instituted in Eden. “Therefore a man shall leave his father and mother and be joined to his wife, and they shall become one flesh” (Genesis 2:24; Mark 10:7-9) 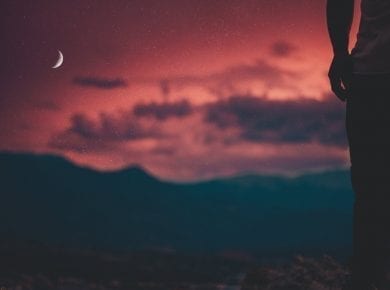 This answer is also available in: हिन्दीIf a born-again believer is faithful to God, he can never be possessed by a demon. But if he decided, at a later time,… 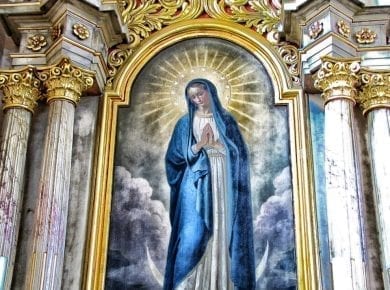 This answer is also available in: हिन्दीThe Roman Catholic doctrine of the assumption of Mary teaches that she was assumed body and soul into heaven either without dying or shortly…