To interpret the enmity prophetically means that there will be a long struggle between Satan’s “seed” or followers (John 8:44; Acts 13:10; 1 John 3:10) and the woman’s seed. The Lord God announced the great news of the coming of Jesus Christ the deliverer “to destroy the works of the devil” (Heb. 2:14; 1 John 3:8).

The controversy between Christ and Satan, began in heaven (Rev. 12:7–9), was continued on earth, where Christ again defeated him (Heb. 2:14), and will terminate finally with Satan’s destruction at the end of the millennium (Rev. 20:10).

Divine justice required that sin should meet its penalty, but divine mercy had already found a way to redeem the fallen human race. This plan was done through the voluntary sacrifice of the Son of God (1 Peter 1:20; Eph. 3:11; 2 Tim. 1:9; Rev. 13:8). And to provide man with a visual aid, God instituted the sacrificial system, that man might understand something of the price that was paid to make atonement for his sin. The innocent lamb had to give its lifeblood for man and this pointed to the innocent Son of God, who would lay down His life to atone for man’s transgression.

There are no limits to the love of God. Everyone is welcomed to partake freely of His saving grace. There is but one condition—belief in, and willing cooperation with, Christ (John 1:12). And the Holy Spirit will lead men to repentance (Rom. 2:4) and conversion (Romans 12:1-2).

Christ did not emerge from this battle unharmed. The nail marks in His hands and feet and the scar in His side will be eternal reminders of the fierce strife in which the serpent bruised the woman’s seed (John 20:25; Zech. 13:6). But crushing the head as Christ did for the serpent is far more serious than crushing the heel.

Adam’s understanding of the plan of redemption may not have been clear at the time of this announcement but he had the assurance that sin would not last forever, the Redeemer would be born of the woman’s seed, the lost dominion would be regained, and the happiness of Eden would be restored.

This page is also available in: हिन्दी (Hindi)Keeping the Law of God has not ended. Paul, in Romans 10:4, is contrasting God’s way of righteousness by faith with man’s attempt…
View Answer 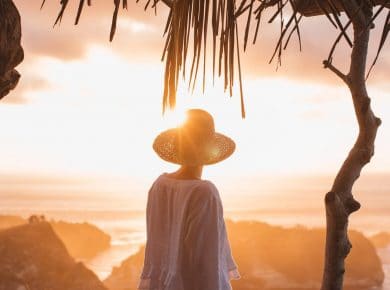 This page is also available in: हिन्दी (Hindi)“I beseech you therefore, brethren, by the mercies of God, that you present your bodies a living sacrifice, holy, acceptable to God, which…
View Answer