Caitlin knew she was in love, but giving her heart to Jonathan was not an easy choice. Because Jonathan needed more than a heart; he needed a kidney, and his prospects of finding one were close to zero.

He faced a bleak future. But in the end, Caitlin turned out to be the perfect match not only for his heart but also for his health. And today they are heading into a future far brighter than the one they imagined on their wedding day last October.

Jonathan and Caitlin Woodlief met three years ago at seminary school in Dallas. Soon after they began dating, his health began to deteriorate.

“Dating was really difficult,” Caitlin says. “You’re trying to figure out how much to put your heart on the line, like any dating situation. But now I have to decide whether or not to go with him to chemo treatments. It’s scary and intimidating dealing with a big disease.”

The disease was lupus, and it was the second time around for Jonathan, which made the stakes much higher.

When he was 18, Jonathan had his first kidney transplant. The donor was his mother. It is very rare for lupus to return in the donated kidney, but just as Jonathan and Caitlin were falling in love, that’s what happened.

It is far more difficult to find a matching donor for a patient who has already had one transplant because the body has built up new antibodies.

Fewer than one in 100 people could provide Jonathan a kidney his body would accept. Doctors told him he would probably spend the next 15 years or more on dialysis, waiting for a match, his health deteriorating all the time.

“It was a rough year for us,” Jonathan says, “and a tough decision.”

Jonathan went from “superhealthy” to increasingly being in the hospital, sometimes for long stretches. He was in the hospital when he first met Caitlin’s parents.

“That was humbling,” he says, “me wanting to be a man who could provide and love her, and being insecure about my health.”

“There were days that really take your breath away,” Caitlin says, “when you think about the weight of the situation … just how sick he was.”

“One thing helped,” Caitlin says, as she wrestled with whether or not to tie her life to a very sick man. “He would have done the same for me.”

A month after the wedding, Jonathan went on the transplant list, which meant the search for a donor could begin.

Caitlin went with some of their friends to be tested. One by one they called to report they were not a match.

Then, at the end of January, the news no one expected: Caitlin herself was a match.

After more testing, and still more testing to be sure, the newlyweds went into surgery on Tuesday at the transplant center at Baylor University Medical Center in Dallas.

In the prep room together, Jonathan, the old hand in hospitals, reassured his wife, who had never been under anesthetic.

“I was pretty nervous,” she admits.

Caitlin went into the operating room first, and an hour later they called for Jonathan.

Caitlin is back at home already. Jonathan joins her there today and they can begin planning for the healthy future they didn’t think they would get.

“Swimming and jumping and running and playing basketball,” is first on the list, Caitlin says. Jonathan is a big basketball player.

“Further down the road, we’d love to start a family,” Caitlin says. “That was on the back burner until all this came together.”

But Jonathan and Caitlin, now graduates of that Christian seminary school, are not just thinking of themselves.

“A lot of our story has been shaped by suffering,” Jonathan says, “so we want to work with other people who are suffering.”

Jonathan is thinking of ministry, maybe overseas. He spent a year studying in China and his good health makes a return there possible. Caitlin trained as a music therapist and wants to incorporate that into her career.

“We’ve had a big detour here,” Jonathan says. Now, thanks to his perfect match, they are back on track. 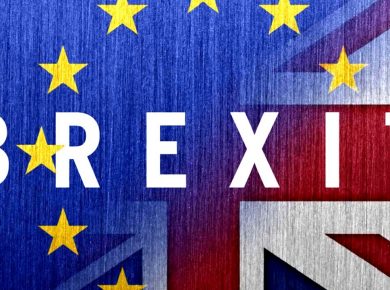 With the exist of Britain from the European Union (EU), the whole world is wondering what is going to happen next. But Christians who study Bible prophecy knew that Europe…
View Answer 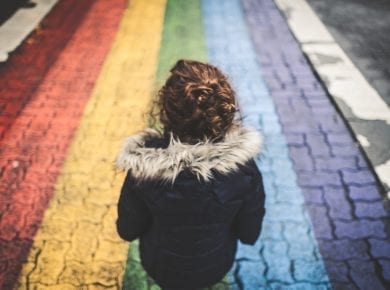 Have you heard the phrase, “It’s not a salvation issue!”? This is a linchpin justification for, usually, a concerning theological promotion. If one accepts this premise, any further Biblical discussion…
View Answer