God is love (1 John 4:8) and His mercy is great (Ephesians 2:4), but He is also just (Psalm 25:8). In order to uphold His attributes of holiness and justice, He must judge and punish sin (Numbers 14:18; Nah. 1:3).  A good judge will never just forgive the offender but will also seek justice. God can not just forgive sin without administering the punishment of death because “without shedding of blood is no remission” (Hebrews 9:22).

When Adam and Eve first sinned, they were condemned to die for in God’s government “the wages of sin is death” (Romans 6:23; Ezekiel 18:4). But why is the punishment for sin so serious? It is so serious because of the Holiness of God.

Yet instead of the sinner dying according to God’s law, Jesus offered Himself to die. At the cross, we see God as both the “just and the justifier” (Matthew 27:33–35; Romans 3:26). God Himself carried our sins “For God so loved the world that He gave His only begotten Son, that whoever believes in Him should not perish but have everlasting life” (John 3:16). There is no greater love than this that someone will die for those whom he loves (John 15:13). Thus, God’s love and justice were fully satisfied at the cross.

Now God can’t forgive our sins unless we claim the blood of Jesus as our substitute. “But as many as received Him, to them He gave the right to become children of God, to those who believe in His name” (John 1:12). The decisive factor in salvation lies with us.

The life and death of Jesus proved forever how God regards sin (2 Corinthians 5:19). It showed God’s infinite love for all His creatures, a love that could not only forgive, but could also win fallen sinners to surrender and by His grace yield perfect obedience (Romans 1:5).

God’s plan of salvation not only makes it possible to pardon and restore us, but it also demonstrates for all ages to come the absolute perfection of His own character and the complete union of justice and love in the divine government (Psalm 116:5).

You can start a relationship with the Lord by inviting Him into your heart and believing that He is your Savior that died to pay the penalty of your sins.…
View Answer 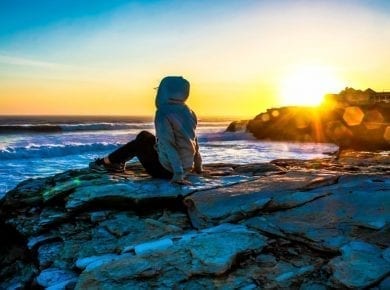 God is love (1 John 4: 8,9). And the perfect revelation of God’s love to sinners was revealed at the cross “For God so loved the world that He gave…
View Answer