azNazareth was an insignificant small village in so much that Josephus, the famous scholar and historian, did not include it in a list of the villages of Galilee. Some atheist skeptics claim that Nazareth never existed as an inhabited city in the time of Jesus. One of the reasons such skeptics give is that the geography is wrong as there is no cliff near the synagogue from which Jesus was allegedly thrown (Luke 4:24-30).

But there are archaeological and historical evidences that prove that Nazareth did indeed exist:

1-Professor Carsten Peter Thiede, a scholar in archaeology and religion who spent 20 years excavating the area of Qumran and the Dead Sea with the Antiquities Authority, discovered in 2005 the remains of a Roman bath house on the site of Nazareth from the first century. He writes about his discoveries in the book, “The Cosmopolitan World of Jesus.”

2-The archaeologist Yardenna Alexandre, excavations director at the Israel Antiquity Authority, excavated in 2009 the archaeological remains of a house in this city that date to the time of Jesus. Alexandre told reporters, “The discovery is of the utmost importance since it reveals for the very first time a house from the Jewish village of Nazareth.” House from Jesus’ time excavated (December 23, 2009) in Israel 21c Innovation News Service Retrieved 2010-01-05. Pottery remains connected to the house range from roughly 100 BCE to 100 CE (i.e., the days of Jesus). Based on the number of tombs found previously, they concluded that Nazareth was a small hamlet of about 50 houses.

3-During the 1962 archaeological excavation at Caesarea Maritima, gray marble fragments with Hebrew inscriptions were found that listed the twenty-four priestly courses and their Galilean settlements. These show that this city came to be re-inhabited by the Jewish “Elkalir” priests who relocated there after destruction of the Jerusalem temple in 70 AD. This is the sole known reference to Nazareth in antiquity, apart from written Christian sources.

As for the geography of this city, there is a cliff from which Jesus might have been thrown by the religious leaders about 2.5 miles away from the synagogue which is a reasonable distant to reach.

Therefore, the existence of Nazareth is attested by historical and archaeological evidence in the first century. This is in addition to all the proofs for the historicity of Jesus. 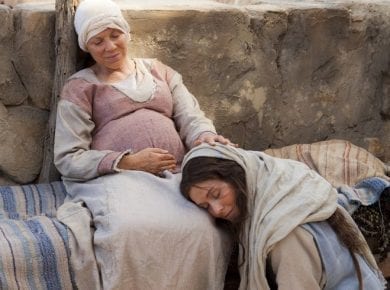 This page is also available in: हिन्दी (Hindi)The word Elisabeth comes from the Hebrew word ‘Elisheba,’ meaning “my God has sworn,” or “my God is abundance.” In the OT, it…
View Answer 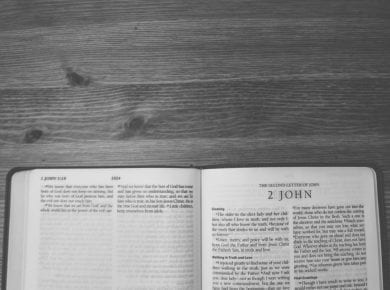 This page is also available in: हिन्दी (Hindi)The books of 2 and 3 John are believed to be written by the same author and most scholars believe the author is…
View Answer