While we know Jesus was a descendant of Jacob, could King Herod have come from Esau’s lineage? According to the Bible, the Edomites were the descendants of Esau. “Now this is the genealogy of Esau, who is Edom. Esau took his wives from the daughters of Canaan: Adah the daughter of Elon the Hittite; Aholibamah the daughter of Anah, the daughter of Zibeon the Hivite; and Basemath, Ishmael’s daughter, sister of Nebajoth. Now Adah bore Eliphaz to Esau, and Basemath bore Reuel. And Aholibamah bore Jeush, Jaalam, and Korah. These were the sons of Esau who were born to him in the land of Canaan.

Then Esau took his wives, his sons, his daughters, and all the persons of his household, his cattle and all his animals, and all his goods which he had gained in the land of Canaan, and went to a country away from the presence of his brother Jacob. For their possessions were too great for them to dwell together, and the land where they were strangers could not support them because of their livestock. So Esau dwelt in Mount Seir. Esau is Edom. And this is the genealogy of Esau the father of the Edomites in Mount Seir” (Genesis 36:1-9). Thus, through his sons and grandsons, listed in Genesis 36:10–14, Esau became the father of the Edomite nation, whose home was the hill country of Seir.

History affirms that the Herod’s were the Edomite family who reigned over Israel during the time of Jesus and the early Christian church. This took place when Julius Caesar in 47 BC appointed Antipater, the son of the Edomite governor of Edom, to be the ruler of Judea. King Herod was one of Antipater’s two sons. In 40 BC, Parthians attacked the Roman empire’s eastern parts and for a short time overcame Judea. King Herod fled to Rome, and the Roman Senate named him “King of the Jews” and ordered him to recapture Judea. King Herod did that in 37 BC.

And according to the first-century historian Flavius Josephus, born in Jerusalem (30-100 AD), King Herod came from Esau’s linage:

“. . . and these were the sons of Esau. Aliphaz had five legitimate sons: Theman, Omer, Saphus, Gotham, and Kanaz; for Amalek was not legitimate, but by a concubine, whose name was Thamna. These dwelt in that part of Idumea . . . ” (Josephus. The Antiquities of the Jews. Book 2, Chap. 2).

“So he fell upon the Idumeans, the posterity of Esau, at Acrabattene, and slew a great many of them, and took their spoils.” (Josephus. The Antiquities of the Jews. Book 12, Chap. 8).

“. . . but Antigonus, by way of reply to what King Herod had caused to be proclaimed, and this before the Romans, and before Silo also, said, that they would not do justly if they gave the kingdom to Herod, who was no more than a private man, and an Idumean . . .” (Josephus. The Antiquities of the Jews. Book 12, Chap. 8). 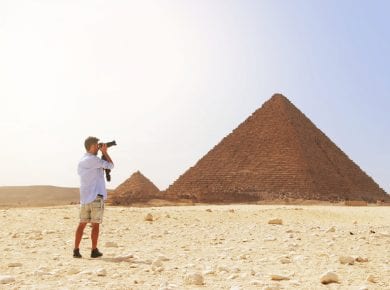 This page is also available in: हिन्दी (Hindi)The Great Pyramid is the only one of the “Seven Wonders of the Ancient World” that still stands. Shocking discoveries about the engineering…
View Answer 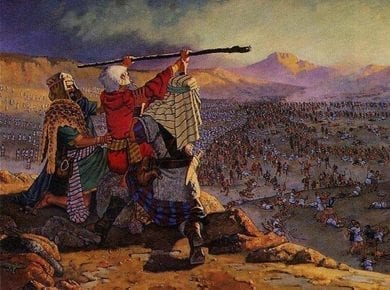 This page is also available in: हिन्दी (Hindi)The Amalekites were the descendants of Esau’s grandson Amalek after whom they were named (Gen. 36:12). This group of people lived in the…
View Answer