Question: Why were Joshua and Caleb the only ones that entered the Promised Land?

Answer: Joshua and Caleb were chosen with ten other men to spy the Promised Land and give a report to Moses and the congregation of Israelites. After 40 days of exploration, the spies gave the report, “We went into the land to which you sent us, and it does flow with milk and honey! Here is its fruit. But the people who live there are powerful, and the cities are fortified and very large. We even saw descendants of Anak there” (Numbers 13:27–28). And, Caleb encouraged the people before Moses saying, “Let us go up at once and take possession, for we are well able to overcome it” (V.30).

But instead of being encouraged, the people were afraid of the inhabitants and raised their voices and cried forgetting what the mighty works that the Lord did in delivering them from Egypt.  And all the children of Israel complained against Moses and Aaron saying, “If only we had died in the land of Egypt! Or if only we had died in this wilderness! Why has the Lord brought us to this land to fall by the sword, that our wives and children should become victims? Would it not be better for us to return to Egypt?”  So they said to one another, “Let us select a leader and return to Egypt (Numbers 14:2-4).

At that point, Joshua and Caleb tore their clothes and said to the entire Israelite assembly, “The land we passed through and explored is exceedingly good. If the Lord is pleased with us, he will lead us into that land, a land flowing with milk and honey, and will give it to us. Only do not rebel against the Lord. And do not be afraid of the people of the land, because we will devour them. Their protection is gone, but the Lord is with us. Do not be afraid of them But the people refused to believe in God and wanted to stone Caleb and Joshua (Numbers 14:6–10).

So, the Lord was displeased with the people’s unbelief and said to Moses, “because all these men who have seen My glory and the signs which I did in Egypt and in the wilderness, and have put Me to the test now these ten times, and have not heeded My voice,  they certainly shall not see the land of which I swore to their fathers, nor shall any of those who rejected Me see it” (v.22-23).

And the Lord added that all those that left Egypt but didn’t believe, they will surely die in the wilderness (every person that is 20 years and older) except for Caleb and Joshua. “Not one of you will enter the land I swore with uplifted hand to make your home, except Caleb son of Jephunneh and Joshua son of Nun” (V. 29-30).

And the Lord’s Word came to pass.  Forty years after Moses’ death, from all the congregation that left Egypt at the Exodus, only Joshua and Caleb reached the Land of Promise and inherited it because of their faith in the Lord. 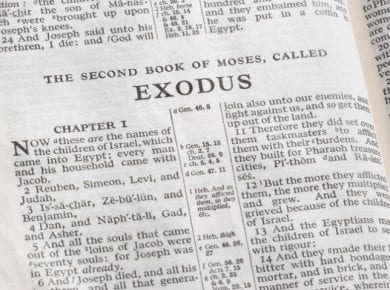 This page is also available in: العربية (Arabic) हिन्दी (Hindi)The Book of Life The book, mentioned in Exodus 32:32-33, is “the Book of Life.” The phrase “Book of Life” appears…
View Answer 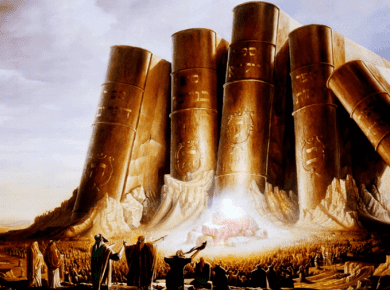