Some cancel the Old Testament law and base their stand on John 1:17, “For the law was given through Moses; grace and truth came through Jesus Christ” (John 1:17). But John does not imply that the law here was false or in error.  Jesus came to reaffirm the great eternal truths of the law. He said, “Do not think that I have come to abolish the Law or the Prophets; I have not come to abolish them but to fulfill them. For truly I tell you, until heaven and earth disappear, not the smallest letter, not the least stroke of a pen, will by any means disappear from the Law until everything is accomplished” (Matthew 5:17,18).

In and of itself “the law” was good (Romans 7:12). It was divinely ordained by God. But it was gradually perverted by human traditions. Jesus addressed the religious leaders saying, “All too well you reject the commandment of God, that you may keep your tradition … making the word of God of no effect through your tradition which you have handed down. And many such things you do” (Mark 7:9–13). Jesus worked to remove the thick layer of human traditions off the law of God, and as a result was accused as being a law breaker because many could not discern between that which was man-imposed and that which was instituted by God.

Some have concluded that the Old Testament Law involved works, and that the New Testament is all about faith. But in reality, the law (found in the Old Testament) was designed to lead people to salvation through faith in the coming Messiah (John 5:39, 45–47; Luke 24:25–27, 44). This had been misinterpreted and an attempt to gain salvation by works of the law rather than by faith was attempted. As a result, many failed to enter into the spiritual rest God intended for them (Hebrews 3:18, 19; and chapter 4). But if we take a closer look at the Bible, the fact of the matter is that it tells us that the characters of the Old Testament “obtained a good report through faith” (Hebrews 11:39). There has never has been any other way to obtain a “good report” other than “through faith.” As we can see, grace and faith were inherent in the Old Testament laws and system but had been lost under a thick layer of human tradition. The Bible, Old and New Testaments, complement each other.

David the psalmist wrote, “Thou art my Son; this day have I begotten thee” (Psalm 2:7).  This verse should not be interpreted to mean that God created Jesus. For the…
View Answer 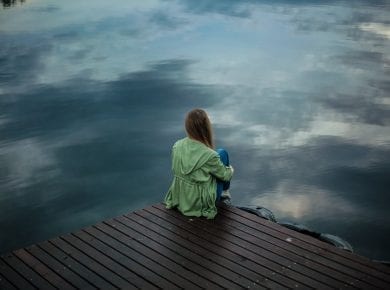 Solomon the wise wrote: “The LORD has a reason for everything he does, and he lets evil people live only to be punished” (Proverbs 16:4). Some have used this text…
View Answer