The Jews were no better than the Gentiles in God’s eyes, “For all have sinned, and come short of the glory of God” (Romans 3:23). God doesn’t favor a race above another for, “there is no partiality with God” (Romans 2:11). He “hath made of one blood all nations of men for to dwell on all the face of the earth… That they should seek the Lord, if haply they might feel after him, and find him, though he be not far from every one of us” (Acts 17:26-27).

But God chose the Jews originally simply because they were the descendants of Abraham, who among all the people at that time, knew and worshiped Him faithfully. Because of Abraham’s love and obedience, God chose him and his descendants to carry His truth and knowledge to the whole world who were heathen. And He worked through their seed to bring about the fulfillment of His ultimate plan, the redemption of all men through the Messiah.

The Lord stressed these same truths to the Jews saying, “The LORD did not set His affection on you and choose you because you were more numerous than other peoples, for you were the fewest of all peoples. But it was because the LORD loved you and kept the oath He swore to your forefathers that He brought you out with a mighty hand and redeemed you from the land of slavery, from the power of Pharaoh king of Egypt” (Deuteronomy 7:7-9).

In Deuteronomy 28, we find that God’s promises to Israel were conditional on their obedience to Him. If they obey, they would be blessed (physically and spiritually) and if they did not obey they would to be cursed. But when the nation of Israel crucified the Son of God, His promises and covenant with them were transferred to those who accept Christ as their personal Savior – spiritual Israel. Jesus said to Israel, “How often I wanted to gather your children together, as a hen gathers her chicks under her wings, but you were not willing!  See! Your house is left to you desolate” (Matthew 23:37, 38). And “The kingdom of God shall be taken from you, and given to a nation bringing forth the fruits thereof” (Matthew 21:43).

Today, anyone (Jew or Gentile) who accepts the Lord Jesus Christ becomes part of the family of God. “But you are a chosen generation, a royal priesthood, a holy nation, His own special people, that you may proclaim the praises of Him who called you out of darkness into His marvelous light” (1 Peter 2:9). God has now assigned the privileges and responsibilities of the Jewish nation to the Christian community, not as a national group, but as a people called out of every nation to constitute one spiritual entity, one great family, throughout the world. The former special status of literal Israel has been revoked.

Paul adds in Galatians 3:27-29: “For as many of you as have been baptized into Christ have put on Christ. There is neither Jew nor Greek, there is neither bond nor free, there is neither male nor female: for ye are all one in Christ Jesus. And if ye be Christ’s, then are ye Abraham’s seed, and heirs according to the promise.” No one will be accepted merely because of his physical ancestors but rather for his faith in the blood of Christ. 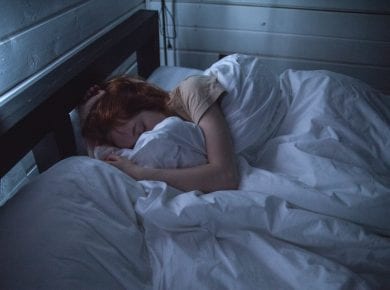 This page is also available in: हिन्दी (Hindi)Yes, God talks to Christians through dreams today. But the main way in which God communicates with people is through His written Word…
View Answer

This page is also available in: हिन्दी (Hindi)Jesus is God incarnate. For He repeatedly said, “I AM.” The phrase “I AM” is a title for God. When God called Moses…
View Answer