Jesus used logic to reach His hearers. The story of the paralytic is one example where this was demonstrated. A paralytic man sought Jesus for healing but because the house where Jesus resided was very crowded, his friends lowered him down through a hole in the roof into the presence of Jesus. The story goes on as follows:

“When Jesus saw their faith, He said to the paralytic, “Son, your sins are forgiven you.” And some of the scribes were sitting there and reasoning in their hearts, “Why does this Man speak blasphemies like this? Who can forgive sins but God alone?” But immediately, when Jesus perceived in His spirit that they reasoned thus within themselves, He said to them, “Why do you reason about these things in your hearts? Which is easier, to say to the paralytic, ‘Your sins are forgiven you,’ or to say, ‘Arise, take up your bed and walk’? But that you may know that the Son of Man has power on earth to forgive sins”—He said to the paralytic, “I say to you, arise, take up your bed, and go your way to your house.” Immediately he arose, took up the bed, and went out in the presence of them all, so that all were amazed and glorified God, saying, “We never saw anything like this!” (Mark 2:5-12).

In their hearts, the scribes accused Jesus of blasphemy, since He claimed to forgive the paralytic of his sins – an act that only God could rightly do. By asking the question, “Which is easier…?,” Jesus was calling them to reason and apply logic. If Jesus had the power to make the paralytic walk, then He either had divine help or He, Himself, was God. People may attempt to say “Your sins are forgiven” but can they back it up with supernatural power to prove that they can actually forgive sins?  Saying a promise is something and backing it with mighty deeds is another thing. 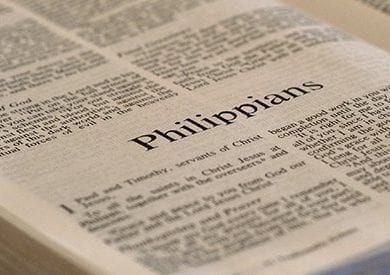 This answer is also available in: हिन्दीQuestion: Didn’t Paul teach the immortality of the soul according in Philippians 1:23? Answer: Some think that Paul taught the immorality of the soul…
View Answer 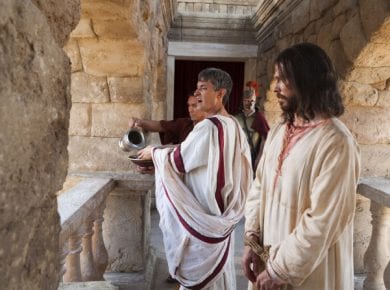 This answer is also available in: हिन्दीPilate repeatedly declared Jesus’ innocence: “I find no fault in Him at all” (John 18:38; John 19:4) for he knew that the Jews had…
View Answer