The Bible narrates the story that, “a Canaanite woman from that vicinity came to him, crying out, ‘Lord, Son of David, have mercy on me! My daughter is demon-possessed and suffering terribly’” (Matthew 15:22). As the woman continued to plead for mercy, Jesus finally answered, “I was sent only to the lost sheep of Israel” (verse 24). But the woman instead of getting discouraged by His statement, she showed great faith and Jesus granted her request and healed her daughter (verse 28).

Jesus ministered primarily among the Jews at first but He purposed to reach the whole world through His disciples. God did not love the Jews more than the Gentiles. God’s aim was that the Jews may be a tool to reach and save the Gentiles. And He told Moses that the purpose of revealing His mighty deeds to Israel was that “He might show His power, and that His name may be declared in all the earth” (Exodus 9:16). The Messiah was to be a “light for the Gentiles” (Isaiah 42:6)

Sadly, the religious leaders considered themselves to be elite because of the special grace God had bestowed on them in the giving of the Mosaic Law. It was not until after Christ had ascended to heaven that Jewish Christians fully grasped the fact that God considered all men everywhere eligible to become citizens of the kingdom of heaven (Acts 9:9–18, 32–35; 10:1–48; 15:1–29; Rom. 1:16; 9:24; etc.).

In God’s eyes, the Jews were no greater than the Gentiles “For all have sinned, and come short of the glory of God” (Romans 3:23). God did not favor any particular nation over another. Paul said, “there is no partiality with God” (Romans 2:11). And Paul told the Athenians that God “hath made of one blood all nations of men for to dwell on all the face of the earth…” (Acts 17:26-27). The Scriptures confirm “Is God the God of Jews only? Is he not the God of Gentiles too? Yes, of Gentiles too” (Romans 3:29).

And although Jesus’ ministry was among the Jews, when occasion came His way, He also blessed the Gentiles with the blessings He granted His own people. Jesus healed a Roman centurion’s servant (Luke 7:1–10), traveled to bless the Gentile region of the Gerasenes (Mark 5:1), and preached the truth to the Samaritans (John 4). 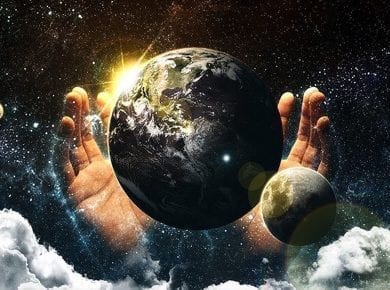 This page is also available in: हिन्दी (Hindi)“…Jesus came and stood in the midst, and said to them, “Peace be with you.” When He had said this, He showed them…
View Answer 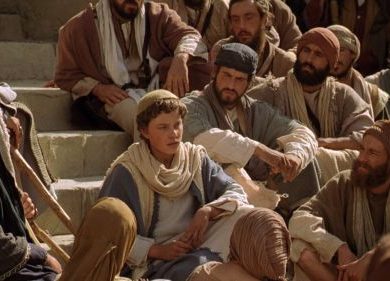 This page is also available in: हिन्दी (Hindi)Luke records: “And Jesus grew in wisdom and stature, and in favor with God and man” (Luke 2:52). Luke 2: 40 refers mainly…
View Answer