The logic behind this lies in the nature of sin. Sin first came into existence in Heaven when Lucifer, a covering cherub (the angel of highest position), sought to become like God (Isaiah 14:12-21). Lucifer, who was later called Satan, instigated war in heaven (Revelation 12). Christ tells us that he was a murderer from the beginning and a liar (John 8:44). When we think of heaven, the last thing we think of is war, but because of Satan, war broke out. The nature of sin is rebellion against God and all that is good. The reality of sin is that it is very dangerous and we see how dangerous it can get in that in just one generation from Adam and Eve, Cain, the first born of humanity, murders his own brother. Hell fire is reserved and intended for Satan and his rebellious angels (Jude 6). Yet, humanity has been infected with sin.

Isn’t it unfair that we have to suffer because of sin simply because we were born into it? Consider the following scenarios with this premise: Satan is under the judgment of God. He is unrepentant. All sin has to be removed from the universe. While Satan originated sin, Adam and Eve were deceived into it.

Scenario one: God simply pardons Adam and Eve for sinning and revokes the death penalty of transgression, Satan can claim that his own judgement of execution is unjust, making God partial. Based on that, Satan could say to God, “If you’re going to let humanity off the hook, then I deserve to be pardoned, too” and the horrors of sin continue.

Scenario two: God inflicts the death penalty of transgression immediately on Adam and Eve, Satan then accuses God of being unloving and unmerciful, after all, they were tricked. In both scenarios, Satan can accuse God.

Now consider scenario three: Jesus the Creator pays the penalty of transgression with His own life (fulfilling the justice of the law) and gives humanity a second chance to be freed from the penalty of sin (showing mercy). Notice Revelation 12:10-12, “Then I heard a loud voice saying in heaven, “Now salvation, and strength, and the kingdom of our God, and the power of His Christ have come, for the accuser of our brethren, who accused them before our God day and night, has been cast down. And they overcame him by the blood of the Lamb and by the word of their testimony, and they did not love their lives to the death. Therefore rejoice, O heavens, and you who dwell in them! Woe to the inhabitants of the earth and the sea! For the devil has come down to you, having great wrath, because he knows that he has a short time.”

Salvation was achieved with the death of Jesus on the cross, which fulfilled the justice of the law and yet showed mercy on humanity. Satan causes humanity to sin, then accuses them before God saying that they should die, for the penalty of sin is death. At the cross, Jesus gave humanity the opportunity to claim His blood on their behalf as well as provide power to overcome sin. Satan knows he has thus been defeated and that he has just a short time left to continue what he is doing before the final judgement. 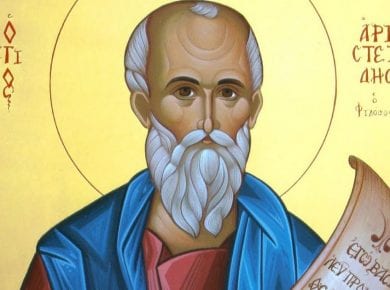 This answer is also available in: العربية हिन्दीHistorical background Athenagoras was an Ante-Nicene Christian apologist who lived during the second half of the 2nd century. He was an Athenian philosopher…
View Answer 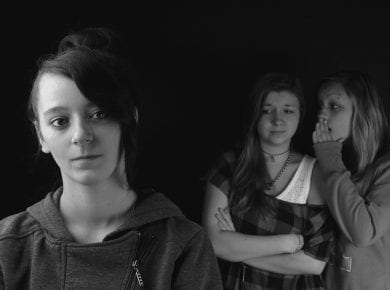 This answer is also available in: العربية हिन्दीThe providence that permits the good to suffer persecution at the hand of the evil has caused perplexity to many who are new…
View Answer