Catholics worship Mary, claiming that she has “divine maternity” (“Dogmatic Constitution on the Church” 1964, 8.3, Second Vatican Council). They also assign to her an intercessory role for the believers.

Let’s examine the New Testament to see how Jesus related to His mother:

1-On one occasion when Jesus was teaching a crowd, Mary arrived with her other children and sought to speak to Him:

Jesus was not being disrespectful to His physical mother, but he explained that while His earthly mother deserved all respect (Luke 2:51; Ephesians 6:1-3), she came second to His spiritual concerns.

2- On another incident, some accused Jesus of casting out demons by the power of Beelzebub, and asked Him to produce a sign from heaven proving His divinity. As Jesus addressed His accusers “it happened, as He spoke these things, that a certain woman from the crowd raised her voice and said to Him, ‘Blessed is the womb that bore You, and the breasts which nursed You!’ ” (Luke 11:27). But Jesus answered her saying, “More than that, blessed are those who hear the word of God and keep it!” (Luke 11:28).

Jesus does not contradict the woman’s eulogy of Mary; like any good mother, she is deserving of honor. Instead, Jesus points out the inadequacy of the speaker’s proclamation so far as the kingdom of heaven is concerned. Thus, in Matt. 12:46–50, Jesus denies any special importance that was to His mother. Had Jesus intended that Christians should give honor to Mary, this stranger’s comment of honor to her would have been a great opportunity for Him to set forth an example, or give an approval of what had been said.

In these two incidents, Jesus was contradicting the very aspect of Mary’s status that is advocated by Catholic Church. According to the Scriptures, the Christian’s declaration of Jesus divinity is most essential aspect for a person’s salvation.  The idea of giving special honor to Mary is not taught in the Bible (Matt. 12:48, 50). Mary herself acknowledged Jesus as her personal Savior “And Mary said: “My soul magnifies the Lord, and my spirit has rejoiced in God my Savior” (Luke 1: 47). Like every other human being, Mary was in need of salvation. 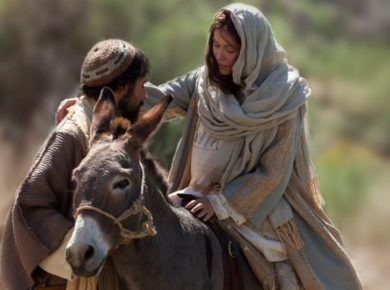 This answer is also available in: العربية हिन्दीDefinition and origin The “Immaculate Conception” is a doctrine of the Catholic Church. It teaches that Mary was conceived without sin. The Catholic…
View Answer

This answer is also available in: العربية हिन्दीThere is no statement in the Bible that the Catholic faith is the true one. The Bible clearly points that the Papacy is…
View Answer