The Bible states the twelve disciples of Christ were appointed as apostles (Luke 6:13). An apostle is defined as one who is on a mission and one who initiates moral reform. In the church today, most Christians do not use the word apostle to describe leaders in the church. This is likely because many only consider the twelve disciples and Paul true apostles because they had direct contact with Jesus (Acts 5:29, 32).

The Bible does not lay out the exact role of an apostle, however, it is understood by the example of the disciples that they were to be leaders in the church, spreading the gospel, baptizing new members, and demonstrating what it is to follow Christ (Acts 2:37-38,  4:33, 5:29-32, 15:5-7).

A true apostle is called by God for this office as Paul was: “By whom we have received grace and apostleship, for obedience to the faith among all nations, for his name” (Romans 1:5). But a false one appoints himself instead to this holy office Like Judas (Luke 22:48). A false apostle works for his own interests rather than for the glorify of God (2 Corinthians 11:12-13).

While most churches might not call someone an apostle, perhaps out of humility, there is still a role for missionaries to go into all the world, preach the good news, and show all what it means to follow Jesus (Matthew 28:19-20). 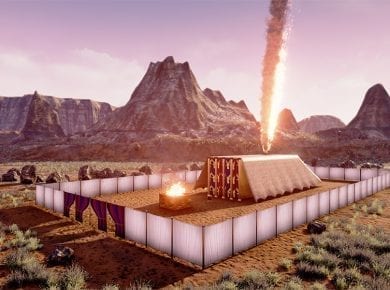 The Bible gives detailed description to the Sanctuary in Exodus 25 – 40. Its complete design and services illustrate the plan of salvation. The first sanctuary, that was built by…
View Answer

Many today wonder about the role of the modern nation of Israel in end time events. Dave Hunt the author of Best-selling book A Cup of Trembling echoes these views.…
View Answer