Jesus ministered to both Jews and non-Jews, although He began his ministry in Israel, which was a Jewish nation. Israel was supposed to be a nation of God’s chosen people, granted a knowledge of God and those awaiting the Messiah. Jesus wanted to first establish “the lost sheep of the house of Israel” (Matt. 15:24) in the truth, then they in turn were to reach the whole world. The Jews were to be a model of righteousness to the other nations. After grounding His disciples in the faith, Jesus instructed them to invite the Gentiles to be members of the kingdom of heaven (Acts 9:9–18, 32–35; 10:1–48; 15:1–29; Rom. 1:16; 9:24).

When occasion was presented to Him, Jesus reached out to the Gentiles and blessed them with the same blessings He blessed the Jews.  For He looked with favor upon the Gentiles and regarded them as eligible to all the privileges of the kingdom of heaven (Luke 4:26, 27). Jesus in no way shared the narrow exclusiveness that many of the Jews felt toward Gentiles at that time, as seen in the following examples. Today, following the Lord’s instructions, Christian workers are to consider all men their equals before God, and to remember that “God is no respecter of persons” (Acts 10:34).

There are four occasions recorded in the Gospels where the Lord ministered to non-Jews:

The first account was at Sychar in Samaria where Jesus met the Samaritan woman at the well and reached out for her and her people (John 4:5–42). The Samaritans were not looked upon with favor by the Jews. And a racial hatred kept the Jews and Samaritans so far apart that both avoided social contact. Jesus set an example of breaking down prejudices and showing the love of God to all people.

The second account was at Capernaum where Jesus healed the Centurion’s servant (Luke 7:1–10). The centurion, also despised by many Jews due to oppression from Rome, was touched with the religion of Jesus and his faith was more strong than those in Israel (vs. 9).

The third account took place in the country of the Gadarenes also known as in the vicinity of Gergesa (Mark 5:1–20) where Jesus healed the demoniac of Gergesene. This miracle proved to be a blessing not just for the man but later on for his countrymen as well. Jesus not only set him free from demons, but sent him out as a missionary to tell his testimony to others.

The fourth account was when Jesus healed the Canaanite woman’s demonic daughter (Matthew 15:21-28). The woman showed great faith in Jesus’ mercy, and her outstanding faith granted her the immediate healing of her daughter. 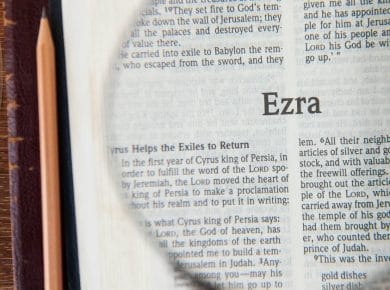 This page is also available in: हिन्दी (Hindi)Ezra Chapter One In Ezra chapter one, he referred to the prophecies of Jeremiah. For he said, “Now in the first year of…
View Answer 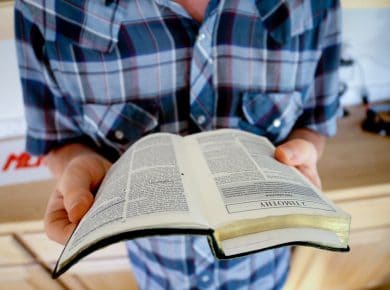 Table of Contents Matthew 12:45II Peter 2:20-22Hebrews 6:4-6Hebrews 10:26What is the demarcation point between sinning and receiving forgiveness on one hand and the unpardonable sin on the other hand?Conclusion This…
View Answer