“15 And certain men came down from Judea and taught the brethren, “Unless you are circumcised according to the custom of Moses, you cannot be saved.” 2 Therefore, when Paul and Barnabas had no small dissension and dispute with them, they determined that Paul and Barnabas and certain others of them should go up to Jerusalem, to the apostles and elders, about this question.3 So, being sent on their way by the church, they passed through Phoenicia and Samaria, describing the conversion of the Gentiles; and they caused great joy to all the brethren. 4 And when they had come to Jerusalem, they were received by the church and the apostles and the elders; and they reported all things that God had done with them. 5 But some of the sect of the Pharisees who believed rose up, saying, “It is necessary to circumcise them, and to command them to keep the law of Moses.”

This passage basically tells us that a Jerusalem council led by the apostles was organized to discuss “this question … this matter” of “circumcision” and “the law of Moses” (Acts 15:1, 2, 5). The Sabbath itself was not debated or even discussed.

The Church decided that the Gentiles were “saved … through the grace of the Lord Jesus Christ” (Acts 15: 11). And thus they did not need to be circumcised. Yet, to avoid offending the Jews, they were given certain restrictions. They said, “Therefore I judge that we should not trouble those from among the Gentiles who are turning to God, but that we write to them to abstain from things polluted by idols, from sexual immorality, from things strangled, and from blood” (Verses 19, 20).

It is important to note that in Acts 15:21 believing Gentiles were still worshiping with the Jews in their synagogues “every Sabbath day.” Thus, showing that the  “Sabbath day” was not abrogated by the Jerusalem council. Rather, it was reiterated without dissent as the biblical day of worship for both Jews and Gentiles.

This page is also available in: हिन्दी (Hindi)God’s law The fourth commandment in God’s moral law stated, “Remember the Sabbath day, to keep it holy. Six days you shall labor…
View Answer 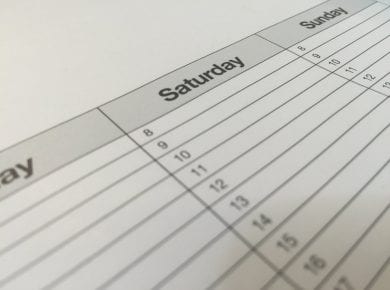 This page is also available in: हिन्दी (Hindi)We can be sure that the present Saturday is the seventh day of the week that God created and the same day that…
View Answer