Shall all Israel be saved?

This question has been suggested by some in reference to Romans 11:26, “And so all Israel shall be saved: as it is written, there shall come out of Zion the Deliverer, and shall turn away ungodliness from Jacob.” They wonder whether this is referring to the physical, literal nation of the Hebrew people or not. Is it possible that God is going to somehow miraculously change the Jews who have rejected Christ and accept them as His saved children?

God gave many promises to the nation of Israel and the literal descendants of Abraham. But, these promises were all conditional. In Deuteronomy 28, we find that God’s promises to Israel were conditional on their obedience to God. If they obey, they would be blessed (physically and spiritually) and if they did not obey they would to be cursed.

“15 But it shall come to pass, if you do not obey the voice of the Lord your God, to observe carefully all His commandments and His statutes which I command you today, that all these curses will come upon you and overtake you…”

Its rejection to God was revealed by its rejection to the Son of God. And Christ mourned their rejection saying, “O Jerusalem, Jerusalem, the one who kills the prophets and stones those who are sent to her! How often I wanted to gather your children together, as a hen gathers her chicks under her wings, but you were not willing! See! Your house is left to you desolate” (Matthew 23: 37,38). Israel refused to live up to her high privileges and to accept her responsibilities.

The nation of Israel added to its guilt the sin of crucifying the Savior (Matthew 27:32-56). Therefore, the Lord rejected them and their false worship. At the death of Christ, “the veil of the temple was torn in two from top to bottom” (Matthew 27:51). The rent veil at the death of Christ was a visible sign that God no longer accepted the people’s meaningless rituals and ceremonies in the temple. It was Heaven’s signal that the typical service had ended—type had met antitype. Jesus was the great sacrifice and there was no more need for animal sacrifices. Later on, Christ’s prophecy in Matthew 23: 37,38, was fulfilled when the nation of Israel was finally destroyed by the Romans in 70 AD.

What happened to the promises?

The promises themselves did not fail, but the people simply failed when they killed the Son of God. Have the promises been destroyed because the people failed? NO. The promises will still be fulfilled but not to literal Israel after the flesh but to spiritual Israel or all those that accept Christ – the Christian Church. Thus, Jesus’ words that were addressed to literal Israel were fulfilled. “Therefore I tell you that the kingdom of God will be taken away from you and given to a people who will produce its fruit” (Matthew 21:43).

Paul says in Galatians 3:27-29: “For as many of you as have been baptized into Christ have put on Christ. There is neither Jew nor Greek, there is neither bond nor free, there is neither male nor female: for ye are all one in Christ Jesus. And if ye be Christ’s, then are ye Abraham’s seed, and heirs according to the promise.”

While the nation of Israel was rejected by God when they crucified His Son (Matthew 27:32-56). Salvation is now open for any Jew or gentile that believes in Christ as a personal savior. Every one regardless of race can be saved through faith in Christ. “by which have been given to us exceedingly great and precious promises, that through these you may be partakers of the divine nature, having escaped the corruption that is in the world through lust” (2 Peter 1:4 also John 1:12, 13; 3:3). 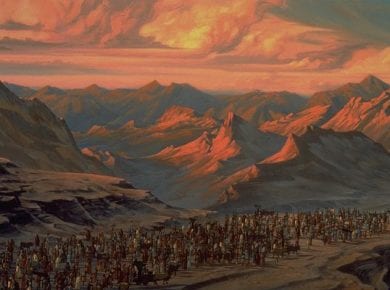 Table of Contents Conditional promisesVictory over enemiesHealth and holinessIsrael’s unfaithfulnessHe will fulfill His Promises to us This page is also available in: العربية (Arabic) हिन्दी (Hindi)Conditional promises God always intended…
View Answer 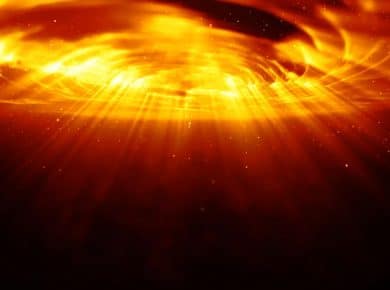 Table of Contents The nature of GodGod’s justiceWarning to the wickedThe final judgement in hell This page is also available in: العربية (Arabic) हिन्दी (Hindi)The prophet Isaiah wrote, “For the…
View Answer