In the 1800s, John Nelson Darby wrote about the doctrine of dispensationalism and taught that end-time prophecies are connected to the literal nation of Israel. Today, these teachings have been promoted especially by the books: The Late Great Planet Earth and the Left Behind series and film. For this reason the attention of many Christians are focused on Jerusalem, the migration of the Jews, the rebuilding of the temple, and a literal Middle East Armageddon.

But the New Testament authors under inspiration of the Holy Spirit clearly taught that most Old Testament prophecies about Israel were given to all of God’s people. And God’s people are those who accept Him. Peter wrote to both Jew and Gentile believers, “You are a chosen generation, a royal priesthood, a holy nation, His own special people” (1 Peter 2:9). Peter states, that God has now assigned the privileges and responsibilities of the Jewish nation to the Christian community, not as a national group, but as a people called out of every nation to form one spiritual entity, one great family throughout the world (Galatians 3:28).

The apostle Paul added, “They are not all Israel who are of Israel” (Romans 9:6). The fulfillment of God’s promise is now limited to those who meet the conditions of the covenant relation. Those who have faith in Jesus Christ are the true sons of Abraham (Romans 4; Galatians 3:7–9). The former special status of literal Israel has been stretched to include all those who accept Christ as their Savior. There are many Jews who do not accept Jesus as the Messiah, and this excludes them from being God’s people.

According to the Scriptures, a true Jew is not based on his ancestry but rather on his character. “He is not a Jew who is one outwardly, nor is circumcision that which is outward in the flesh but he is a Jew who is one inwardly; and circumcision is that of the heart, in the Spirit, not in the letter; whose praise is not from men but from God” (Romans 2:28, 29). A real child of Israel is one who possesses the spirit that fulfills God’s purpose in calling him to be His chosen child. 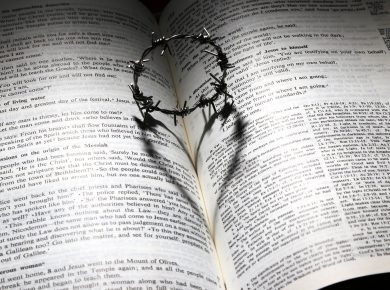 This answer is also available in: हिन्दीMessianic prophecy – Micah 5:2 The prophet Micah in the Old Testament predicted the coming of the Messiah, “But you, O Bethlehem Ephrathah, who…
View Answer

This answer is also available in: हिन्दीIn Daniel 8 and 9, God revealed two prophecies that overlap and share a starting point. The first prophecy was the 2300 prophecy which…
View Answer