While the role of men and women were created by God (Gen. 5:2; Matt.19:4; Mark 10:6), slavery and social class distinctions are human institutions. Therefore, slavery and racial segregation cannot be compared to gender roles. According to the Bible, God created “male and female” different (Genesis 1:27), with different roles and He called His creation “very good” (Gen. 1:31).

The Bible teaches, “Likewise, ye wives, be in subjection to your own husbands; that, if any obey not the word, they also may without the word be won by the conversation of the wives…For after this manner in the old time the holy women also, who trusted in God, adorned themselves, being in subjection unto their own husbands: Even as Sara obeyed Abraham, calling him lord” (1 Peter 3:15,6).

Every community must, for purposes of organization and existence, have a head. Even in our free age of insistence on men and women being equal, the man who does not assume the leadership of his family in love is regarded with disrespect by both women and men alike. This principle of submission is permanent, but its specific application may vary from age to age according to custom and social consciousness (1 Cor. 11:3, 7–9; Col. 3:18; 1 Tim. 2:11, 12; Titus 2:5).

The Bible says, “Wives, submit yourselves unto your own husbands, as unto the Lord. For the husband is the head of the wife, even as Christ is the head of the church: and he is the saviour of the body. Therefore as the church is subject unto Christ, so let the wives be to their own husbands in every thing” (Ephesians 5:22-24). The scriptures give to women a position of subordination in relation to their husbands (1 Peter 3:1–6). The ethics of Christian relationships within the family are clear when once it is seen that difference and subordination do not in any sense imply inferiority but of order.

Also, “Wives, submit yourselves unto your own husbands, as it is fit in the Lord” (Colossians 3:18). The wife should see in her relation to her husband a reflection, or illustration, of her relation to Christ. The response of the husband to the wife’s submission is not to give a command, but to love. That immediately makes a partnership out of what otherwise would be a dictatorship. The husband will properly provide for the wife’s temporal support (1 Timothy 5:8); he will do everything possible to assure her happiness (1 Corinthians 7:33); he will give her every honor (1 Peter 3:7).

As to slavery, Christianity does not aim to change the culture or its sinful institutions from the outside. But the goal of Christianity is to change the hearts of people. Then, the people in turn will seek to reform their institutions. That’s why early Christians did not attempt to destroy the deeply entrenched institution of slavery in the Roman society but instead the scripture taught how to deal with slaves in a Christ-like manner regarding them as equal brothers before the Lord and not as mere property (Philemon 16).

The Bible is very clear that the Lord does not approve of slavery and all kinds of injustices. And history shows that some of the most prominent abolitionists and anti-slavery activists, such as William Wilberforce and Martin Luther King have been committed Christians. 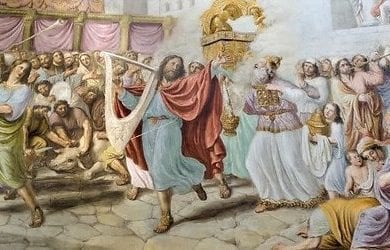 Unlike the modern types of western dancing, the Old Testament Oriental dances were accepted by God in special praise occasions. The scriptures give us the following examples where holy dancing…
View Answer 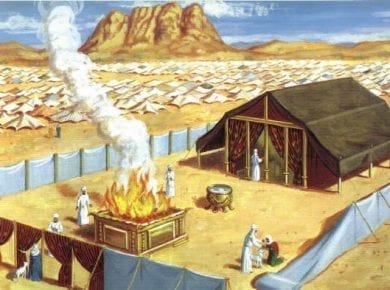 The following points show that the tabernacle in the wilderness probably had a flat roof: 1.The outside curtains (Exodus 26:8) were 30 cubits long, the precise length required to offer…
View Answer