God promised Abraham that his barren wife Sarah will bear a son – Isaac. He also promised that Isaac, not Ishmael, would be the son of the covenant.”And God said, Sarah your wife shall bear you a son indeed; and you shall call his name Isaac: and I will establish my covenant with him for an everlasting covenant, and with his descendants after him” (Genesis 17:19). To God, Hagar was the “bondwoman,” not the the wife of the promise (Galatians 4:30). Abraham had not sought God’s advice in marrying Hagar.

Ishmael’s incessant “mocking” (Genesis 21:9) and jealousy made it clear that he would continue to disrupt the peace and happiness of the family during Abraham’s lifetime, and that upon Abraham’s death would be prone to much worse. So, it was clear that Ishmael should not remain in the home without danger to God’s plan for Isaac. These actions made the expulsion of Ishmael necessary.

At the same time, God comforted Abraham with the assurance that Ishmael and his offspring, would also share in some of the promise made to him and would become a great nation. Yet the covenant, with all its material and spiritual blessings, was to Sarah’s son, Isaac, and to his posterity.

The later history of the two sons fully justifies God’s selection of Isaac and rejection of Ishmael. Even though Hagar had come to believe in the true God, the influence of her earlier Egyptian upbringing showed up in her raising up Ishmael and his sons, for his descendants became pagans and opposers of the truth.

God reassured Abraham that the special promises made to Isaac would not break those made to Ishmael’s mother at the well in the wilderness (Genesis 16:10). The names of the 12 sons of Ishmael are given in Genesis 25:12–16. Like the 12 sons of Jacob, each of them became the father of a tribe. 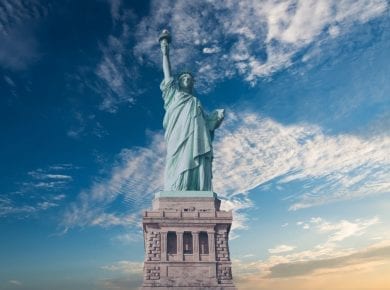 Table of Contents Point 1Point 2Point 3Point 4 This answer is also available in: हिन्दीTo identify and answer the question is America Babylon, we must study Revelation 13. Revelation 13…
View Answer

This answer is also available in: हिन्दीJesus lamented the rejection of the nation of Israel to His claim of Messiah-ship saying: “Jerusalem, Jerusalem, you who kill the prophets and stone…
View Answer