Many people wonder is the voice of the Son of God the same as the voice of the archangel?  The word “angel” is used in many different ways in the Bible.  King David was called an angel and he was only a human (1 Samuel 29:9). An angel means “a messenger”.  Also, Cherubim and seraphim are specific creatures that we often call angels.

Michael, the Archangel, is a title for the highest messenger who is as God.  This is clear in the following verse, “For the Lord himself shall descend from heaven with a shout, with the voice of the archangel, and with the trump of God: and the dead in Christ shall rise first” (1 Thessalonians 4:16).

Daniel 12:1 says, “And at that time shall Michael stand up, the great prince which standeth for the children of thy people.” Christ is that great messenger. One of His names is Michael. However, that does not mean that Jesus Christ is an angel.

The Bible tells us that Michael is the One who resurrected Moses (Jude 9). And we know that Christ is the resurrection and He will raise the dead when He comes down from heaven (1 Thessalonians 4:16). So, it is clear that Michael the Archangel is simply another title for Christ. 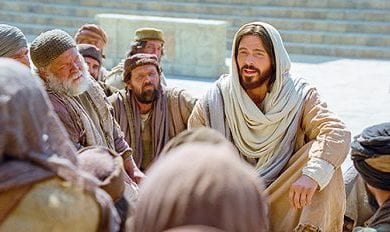 This answer is also available in: हिन्दीJesus was called a Nazarene, because He grew up in the town of Nazareth (Matthew 2:23).But a Nazarene is not the same as a…
View Answer

This answer is also available in: हिन्दीChrist’s ministry to the non-Jews of Palestine were secondary to His ministry for He explained, “I was not sent except to the lost sheep…
View Answer