Home Sabbath Is the seventh day Sabbath a ceremonial feast day that is listed in Leviticus?

The weekly seventh day Sabbath of Ten Commandments (Exodus 20) is not one of the ceremonial yearly feast sabbaths (Leviticus 23). The Mosaic law had seven yearly holy days, or holidays which were also called sabbaths. These feasts were in addition to or “beside the Sabbaths of the Lord” or seventh day weekly Sabbath (Leviticus 23:38).

The Mosaic law was the temporary, ceremonial law of the Old Testament. It regulated the priesthood, sacrifices, feasts , rituals, meat and drink offerings, etc. This law was added “till the seed should come” and that seed was Christ (Galatians 3:16, 19). This law foreshadowed the cross and ended at the cross.

Thus, it is clear that the seventh day Sabbath is not part of the ceremonial law of Moses that ended at the cross.

This page is also available in: हिन्दी (Hindi)Galatians 4:10 “But now after you have known God, or rather are known by God, how is it that you turn again to the…
View Post 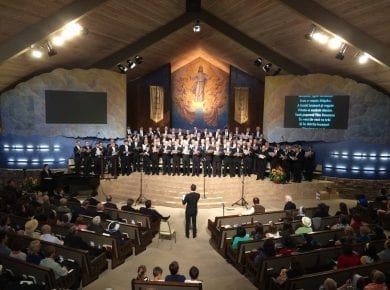 This page is also available in: हिन्दी (Hindi)While people can pray every day, God only blessed and sanctified the seventh day Sabbath and set aside as holy for worship because in it…
View Post