The doctrine of Predestination, also called Unconditional Election or Unconditional Grace, teaches that before the world was made, God predestined some people to be saved (the elect) and the rest to continue in their sins and, therefore, be sentenced to eternal damnation. Human choice, it teaches, has no role in salvation.

Those that teach this doctrine base their views on the following passage in Paul’s writings: “Whom He foreknew, He also predestined to be conformed to the image of His Son, that He might be the firstborn among many brethren. Moreover whom He predestined, these He also called; whom He called, these He also justified; and whom He justified, these He also glorified” (Romans 8:29, 30).

Certainly, Bible passages can be used to support the concept that God knows all things past, present, and future. “All things are naked and open to the eyes of Him to whom we must give account” (Hebrews 4:13 also 1 John 3:20; Psalm 147:5…etc.).

But future events do not happen because God “foreknew” them; rather, they are known by God because they will take place. In addition, because the Lord knows something will happen does not mean He wills it to happen.

Did God predestine that only some would be saved? The Bible answers: NO. Paul writes that God “desires all men to be saved and to come to the knowledge of the truth” (1 Timothy 2:4). If only some are predestined to be saved, then, why would Jesus offer His salvation to all? For He said, “Whoever desires, let him take the water of life freely” (Revelation 22:17).

The Contemporary English Version Bible translates the debated verse in Romans 8:29 more clearly, stating that God “has always known who his chosen ones would be. He had decided to let them become like his own Son, so that his Son would be the first of many children.” While everyone is called to salvation, not everyone will respond to the call. But those who choose to accept the call, these will be transformed into the Son’s likeness.

One reason Calvin taught in favor of the doctrine of predestination was to make sure God receives all the glory for salvation. He believed that if a person has any part to play in his salvation—even his own choice to accept Jesus—then he would deserve some credit. Therefore, he concluded, a person really does not have a choice. He said, God’s sovereignty does not allow for human free will.

The story of man’s fall illustrates the high worth that God gave to Adam and Eve when He let them to choose whether to obey or disobey Him. God tells his children, “choose for yourselves this day whom you will serve” (Joshua 24:15). 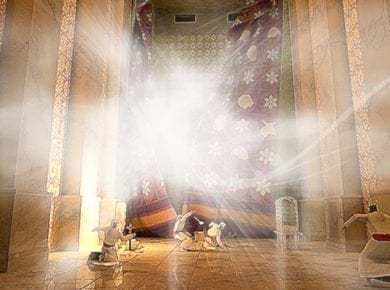 The gospels record the incident of the tearing of the temple veil at the death of Jesus on the cross: “And Jesus cried out with a loud voice, and breathed…
View Answer 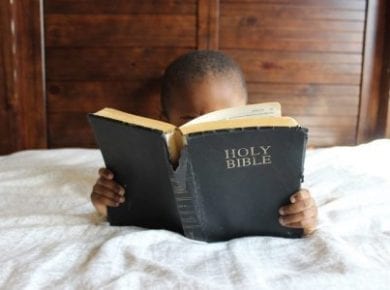 Security of Salvation Is there such a thing as security of salvation? Jesus said, “My sheep hear My voice, and I know them, and they follow Me. And I give…
View Answer