The prophecy of darkening of the Sun, moon turning to blood, and falling of stars in Matthew 24:29 has been mentioned also in the following references: Revelation 6:12-13; Acts 2:20; Joel 2:10. This prophecy, like many other prophecies, has dual fulfillment. One is historic and the other is futuristic:

1. The sun turned into darkness.

Prophecy: “Immediately after the tribulation of those days shall the sun be darkened” (Matthew 24:29).

Fulfillment: This was fulfilled by a day of supernatural darkness on May 19, 1780. It was not an eclipse. Timothy Dwight says, “The 19th of May, 1780, was a remarkable dark day. Candles were lighted in many houses the birds were silent and disappeared, and the fowls retired to roost. … A very general opinion prevailed, that the day of judgment was at hand.” Quoted in Connecticut Historical Collections, compiled by John Warner Barber (2nd ed. New Haven: Durrie & Peck and J.W. Barber, 1836) p. 403.

2. The moon turned into blood.

Prophecy: “The sun shall be turned into darkness, and the moon into blood, before the great and the terrible day of the Lord come” (Joel 2:31).

Fulfillment: The moon became as red as blood on the night of the “dark day,” May 19, 1780. Milo Bostick in Stone’s History of Massachusetts says, “The moon which was at its full, had the appearance of blood.”

3. The stars fell from heaven.

Fulfillment: The great star shower took place on the night of November 13, 1833. It was so bright that a newspaper could be read on the street. One writer says, “For nearly four hours the sky was literally ablaze.” Peter A. Millman, “The Falling of the Stars,” The Telescope, 7 (May-June, 1940) 57.

John in the book of Revelation says that just before Jesus comes back, in a very quick succession “the sun became black as sackcloth of hair, and the moon became like blood. And the stars of heaven fell to the earth, as a fig tree drops its late figs when it is shaken by a mighty wind” (Revelation 6:12,13). 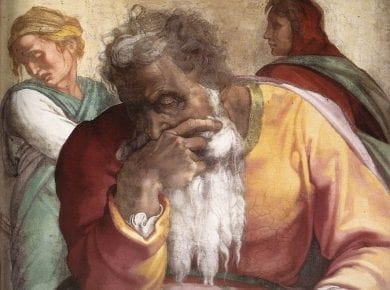 This answer is also available in: हिन्दीJeremiah was born about 650 B.C. in a village close to Jerusalem (Jeremiah 1:1). His father Hilkiah was a priest (Jeremiah 1:1). Jeremiah’s name…
View Answer 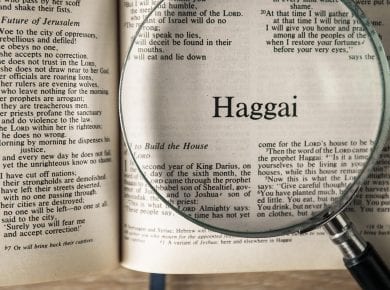 Table of Contents Instructions and assistanceCalls to rebuild the templeEncouragement to carry on the workRejoicing in completing the temple work This answer is also available in: हिन्दीHaggai was the first…
View Answer