“And the ten horns which thou sawest are ten kings, which have received no kingdom as yet; but receive power as kings one hour with the beast” (Revelation 17:12).

Here is a brief introduction to Revelation 17: The chapter begins by describing a woman sitting upon a scarlet-colored beast and the beast has seven heads and ten horns.  This woman represents Babylon (Vatican), the mother of harlots, false religion or apostate Christianity.

And in verse 12 it says, ‘…the ten horns you saw are ten kings.’  The word kings there means kings or kingdoms (Daniel 7) ‘…which have received no kingdom as yet, but they receive power as kings one hour with the beast.’

It is clear that there’s going to be a short period near the end of time where this beast power is going to allow these different nations to have authority as long as they direct their people and the worship back to this religious institution.

Revelation 18 describes the fall of Babylon and the kings of the earth are bewailing and lamenting her destruction.  So, for a brief period of time, just before the plagues are poured out, the divisions of the Roman Empire are going to once again direct their authority back to the beast.

So, what does the “one hour” represent?

Some interpret the “one hour” of ch. 17:12 as prophetic time, that represents a literal period of about two weeks. But the context doesn’t imply that. It is commonly known that ch. 18 gives a more detailed explanation of events described in ch. 17:12–17. But the period of time designated as “one day” in ch. 18:8 is also called “one hour” in vs. 10, 17, 19, the clear message of Inspiration to show a brief period of time without specifying its precise length. Therefore, it seems preferable to understand the expression “one hour” in ch. 17:12 in the same sense, as signifying a brief but unspecified period of “time.” 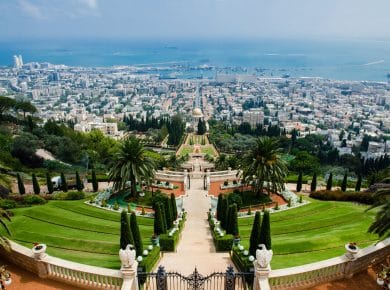 This page is also available in: العربية (Arabic) Français (French) हिन्दी (Hindi)Jesus lamented the rejection of the nation of Israel to His claim of Messiah-ship saying: “Jerusalem, Jerusalem, you who…
View Answer